Officer Killed During Operation Legend Is Honored in Cleveland 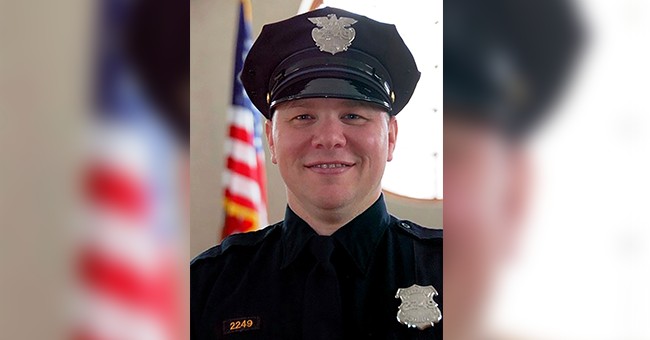 Cleveland, Ohio - On September 2, 2020, Cleveland Division of Police Detective James Skernivitz was commissioned as an FBI task force officer for Operation Legend, a federal-local law enforcement partnership program implemented to fight violent crime in the city. As a local officer,  Skernivitz had been on the job for more than two decades and received a number of awards for his work on the city's gang task force.

On September 3, Shernivitz was shot and killed. Two teenagers have been charged and arrested for his murder.

Today, a dreary and chilly one in the city where he grew up, Shernivitz was honored by family, friends, fellow police officers and the Department of Justice for his sacrifice and service.

"Jim served as part of the FBI task force in Operation Legend. As a veteran officer, he did not have to take on that dangerous mission. He could have let someone else do it, especially given the risks to police officers nowadays. But once again he volunteered, and once again he made a difference. I witnessed firsthand the superb work that he and his colleagues were doing to get violent criminals off the streets. It was only a few days after my visit that Jim was killed in the line of duty, making the ultimate sacrifice by laying down his life for the community he served," Attorney General Bill Barr said at the memorial service. "He was a policeman’s policeman. He epitomized the greatness of our police. And I pray his tragic death may help remind people, those that need reminding, of some of the basic truths, and help stop some of the vilification of the police that is going on these days in some quarters."

"There is a special kind of courage and commitment to do this job. It’s the courage we saw 19 years ago on September 11, when officers responded to the attack on the World Trade Center, and Jim had that courage. Our officers don’t ask for thanks, but it’s time that the American people give our police the recognition and appreciation they are due, and thank them for the sacrifices they and their families make," Barr continued.

Shernivitz leaves behind his wife Kristen and his three children Bayleigh, Peyton and Matthew.