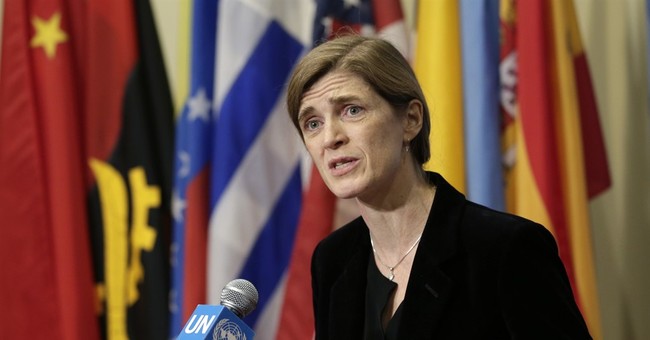 Government watchdog Judicial Watch has sued the State Department in an effort to obtain documents surrounding former UN Ambassador Samantha Power's numerous unmasking requests. The requests were made during her work for the Obama administration. Here is what they're asking for:

All requests for information submitted to any Intelligence Community member agency by former United States Ambassador to the United Nations Samantha Powes concerning:

*   The alleged hacking of computer systems utilized by the Democratic National Committee and/or the Clinton presidential campaign.

*   The identities of U.S. citizens associated with the Trump presidential campaign or transition team who were identified pursuant to intelligence collection activities.

"The entire world now knows the Obama administration went on an unprecedented fishing expedition which involved unmasking General Flynn but almost certainly others tied to the Trump campaign, including the President and his family," said Judicial Watch President Tom Fitton. "For almost three years, the State Department has been stonewalling our request for information for this basic Obamagate information. We hope the court tears down this stonewall around the worst corruption scandal in American history."

The lawsuit was filed after the State Department failed to respond to a Freedom of Information Act request.