Freedom: In Germany, Secretary of State Mike Pompeo Celebrates the 30th Anniversary of Tearing Down the Berlin Wall 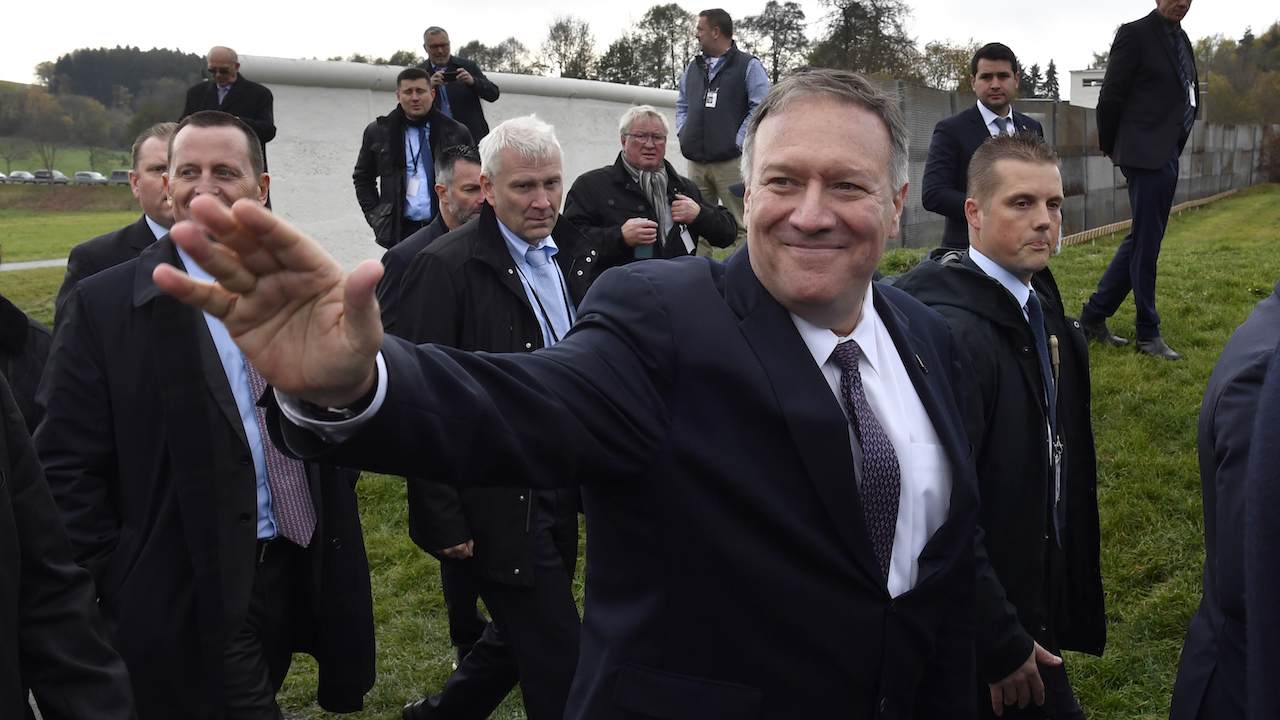 Secretary of State Mike Pompeo is in Berlin today to mark the 30th anniversary of the fall of the Berlin Wall. The official anniversary is Sunday, November 9.

"This trip has a real personal meaning for Secretary Pompeo.  He has long wanted to return to Germany, where he served as a young Army officer," a senior State Department official told reporters ahead of the trip. "For any of us who remember the reality of what it was like to live at a time when much of Europe suffered under the tyranny of communism pre-1989 and to remember the feelings and what happened then in November with the fall of the Berlin Wall, this trip really provides an opportunity to honor the sacrifices of the past and to celebrate the present freedom, stability, and prosperity that all the people of a united Germany have enjoyed since the fall of the wall, and to recommit to strengthen our bilateral and NATO ties while working to address global challenges – remembering, of course, that this is still the 70th anniversary year of the founding of NATO."

Heading to #Germany, one of America’s most trusted friends, an important ally, and a close partner in our engagement with Europe and the world. Looking forward to constructive conversations on how we can work together to address many critical global issues.

"You have to keep in mind that this really represented the liberation of tens of millions of Europeans after decades of resistance to communist and totalitarian oppression.  And a major theme of this trip is to honor the bravery of the German people who never lost their resolve to end the dividing line between east and west, to replace tyranny with freedom.  And we’re very proud of the role the United States had not only in defending the west but in helping Germany to reunify," the official continued.

During his time in Germany, Pompeo will meet with Chancellor Angela Merkel and a number of other leaders.

This week U.S. Ambassador to Germany Richard Grenell received a new statue of President Ronald Reagan to commemorate the occasion.

We are proud to announce....https://t.co/wDfaiOP9Vx