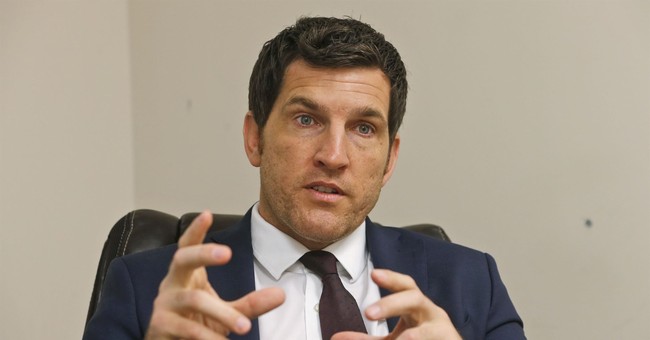 "I am running to challenge Senator Mark Warner for U.S. Senate in 2020. There’s a leadership crisis in Virginia, and almost daily, I am hearing voices for change in Virginia. I hear them at that gas station, at restaurants, on the beach, everywhere I go…and their voices are getting louder. They call to me, they motivate me, and they make me realize, I’m not done serving. Not just yet," a campaign fundraiser email states. "Senator Warner used his position on the intelligence committee, hiding his accusations behind information the rest of us could not see, and the trust he had built up with Virginians to push a collusion, a traitorous narrative against the President of The United States for political gain. For the last year he has been a false prophet of propaganda. Our state needs leadership, I’m a believer in term limits, and 12 ineffective years is enough. Mark Warner’s actual votes have been bad for our businesses, our borders, and our babies’ lives. Lastly, Mark Warner’s betrayal of trust to Virginians and Americans, lying to us about collusion, while doing nothing to secure our elections for the future is disqualifying."

It's true. I'm running for US Senate. It's time for change in DC. Check out my launch video, retweet it, share it, join us. #taylorforsenate #scotttaylor #virginia #USSenate pic.twitter.com/Lf4E3B5BSs

Taylor made the official announcement on Fox and Friends. He lost his seat in Congress during the 2018 midterm elections.