Warren Confirms She Would Make Private Health Insurance Illegal. Here's What That Would Actually Look Like. 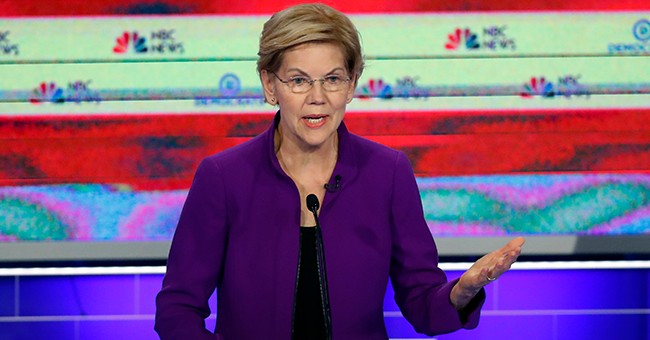 During the first Democrat debate Wednesday night, statist and Massachusetts Senator Elizabeth Warren vowed to destroy the private health insurance market by replacing it with a completely government run program.

Here she is explaining her position:

Doing away with an entire industry would also be profoundly disruptive. The private health insurance business employs at least a half a million people, covers about 250 million Americans, and generates roughly a trillion dollars in revenues. Its companies’ stocks are a staple of the mutual funds that make up millions of Americans’ retirement savings.

Such a change would shake the entire health care system, which makes up a fifth of the United States economy, as hospitals, doctors, nursing homes and pharmaceutical companies would have to adapt to a new set of rules. Most Americans would have a new insurer — the federal government — and many would find the health insurance stocks in their retirement portfolios much less valuable.

Other Democrat candidates have also endorsed stripping Americans of their current private plans. Senator Kamala Harris, who will be on the second debate stage tonight, is one of them.