Does Julian Castro Have Any Limits to Illegal Immigration? Including Criminals? 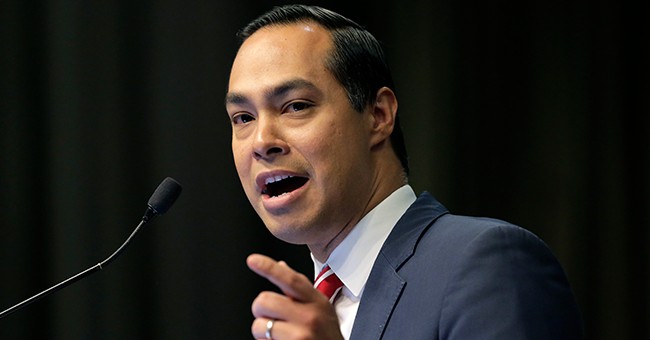 A woman in the audience had her identity stolen by an illegal alien. She asked Castro if he supports penalizing illegal aliens and keeping them detained for committing crimes against Americans. He refused to answer the question and essentially told her to deal with it.

"Look, all of us know as human beings that regardless of circumstance, whether they're rich or poor, no matter the color of their skin, what their background is, that people commit crime," Castro said. "Crime happens."

Fox News anchor Martha McCallum also pressed Castro on the issue of illegal immigration and asked if there should be any criteria to keep people out of the United States.

“You believe entering the country illegally should not be a federal crime," McCallum said, pointing out 90 percent of illegal aliens don't show up for their court hearings, even after claiming asylum. "So if it’s not a crime to enter the country is at a crime to not show up for your court date or what point is a crime committed do you believe?”

"I say instead of treating people cruelly and instead of wasting money, instead of wondering where people are at, why don’t we implement a smart, effective humane program," he responded.