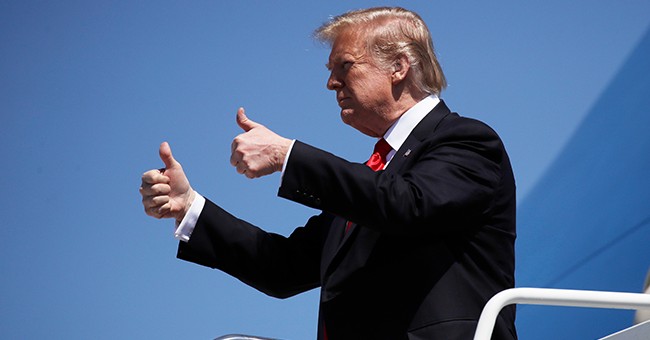 The Trump 2020 campaign raised $30 million in its first quarter of the year, beating all Democrat rivals attempting to win the White House.

"Donald J. Trump for President, Inc. and the Republican National Committee announced a massive fundraising haul for Q1 2019, and will report a combined $76.1 million haul to the U.S. Federal Election Commission. Together, the Campaign, the RNC, and the joint fundraising committees have a striking $82 million cash on hand," the campaign released in a statement. "Independently, the Trump Campaign now has approximately 21 times more ash on hand than the Obama campaign had at this point in the re-election cycle. The Campaign took in $30.3 million overall in the first quarter and now has $40.8 million cash on hand."

The Trump campaign is announcing a massive fundraising haul for Q1:

- We have enlisted 1 mil+ new small donors since Inauguration

During her tenure at the RNC, Chairwoman Ronna McDaniel has been a fundraising machine.

There's already so much enthusiasm and support for President Trump's re-election.

We're investing in our expansive field program to put @realDonaldTrump and Republicans in prime-position for another historic election night in 2020!https://t.co/a7pbshQby8

Not only is President Trump in good shape compared to former President Barack Obama, who was elected twice, he's far outpacing Democrats fighting for definition and relevancy in a crowded primary. The DNC is still financially devastated from 2016 and at least $5 million in debt going into the 2020 cycle.