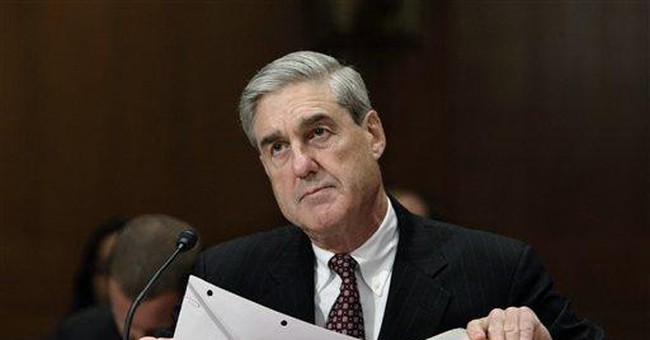 After nearly two years, Special Counsel Robert Mueller has finished his investigation into the 2016 presidential election. The report has been submitted to Attorney General Bill Barr, who will review it and decide what will be made available to the public and Congress. A timeline for when a review for public release will be finished has not been determined. Fox News is reporting no further indictments will be made by Mueller. Meaning, President Trump will not be indicted.

Barr sent a letter to relevant congressional committee chairs and ranking members Friday late afternoon notifying them the report is complete. Classified briefings for specific lawmakers on Capitol Hill could begin as soon as this weekend.

"I write to notify you pursuant to 28 C.F.R 600.9(a)(3) that Special Counsel Robert S. Mueller III has concluded his investigation of Russian interference in the 2016 election and related matters," Barr wrote to Senate Judiciary Chairman Lindsey Graham, Ranking Member Dianne Feinstein, House Judiciary Committee Chairman Jerry Nadler and Ranking Member Doug Collins. "The Special Counsel has submitted to me today a 'confidential report explaining the prosecution or declination decisions' he has reached,' Barr continued. "I am reviewing the report and anticipate that I may be in a position to advise you of the Special Counsel's principal conclusions as soon as this weekend."

"Separately, I intend to consult with Deputy Attorney General Rosenstein and Special Counsel Mueller to determine what other information from the report can be release to Congress and the public consistent with the law, including the Special Counsel regulations, and the Department's long-standing practices and policies. I remain committed to as much transparency as possible, and will keep you informed as to the status of my review."

Right now, we don't know any more about the investigation than we did before the report was released. More information will undoubtedly become available after lawmakers briefings, which inevitably come with leaks to the media.

“Importantly, the notification also indicates that there were no areas of disagreement between the Attorney General or the Acting Attorney General and Special Counsel Mueller regarding courses of action. This information is specifically required to be disclosed by the regulations governing Special Counsel reports," Graham issued in response to the letter. “I expect both Ranking Member Feinstein and I will be briefed more thoroughly about the report in the coming days.

“I will work with Ranking Member Feinstein and our House Judiciary Committee colleagues to ensure as much transparency as possible, consistent with the law," he continued. “I have always believed it was important that Mr. Mueller be allowed to do his job without interference, and that has been accomplished.”

The House voted last week 420-0 to release the Mueller report to the public.

The White House has not seen or been briefed on the report.

The next steps are up to Attorney General Barr, and we look forward to the process taking its course. The White House has not received or been briefed on the Special Counsel’s report.

You can read Barr's letter to the Senate and House Judiciary Committees below.

March222019Letter_MuellerInvestigation by Katie Pavlich on Scribd

This is a breaking story, stay tuned for updates. This story has been updated with additional information.