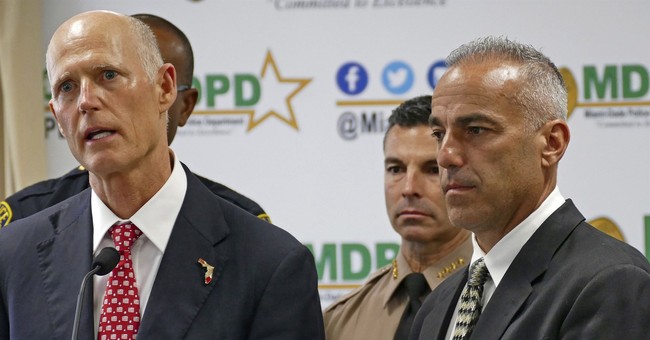 Since the shooting in Parkland last year, I have gotten to know @AndrewPollackFL and his family, and I have been humbled to see their dedication to improving our state in honor of his daughter, Meadow. I’m honored to have him as my guest at the #SOTU tomorrow night.

Since Meadow's death, Pollack has been fighting for accountability and consequences for Broward County officials who failed to prevent the massacre. He's also been a major advocate for real solutions on school safety, rather than gun control.

I am not doing this to get famous, I am doing this so no family ever again has to feel the way my family feels. There are no excuses! We must have proper security in every school in America! I will not stop until that is accomplished. We must #FixIt! #MeadowsMovement pic.twitter.com/Hz6v9S9vrI

The day after the Parkland shooting, the MSM and liberal politicians were pushing a gun control agenda.

It was up to a few of us and the Sun Sentinel to expose the facts and failures in Parkland.

The @SunSentinel deserves a Pulitzer for their role #fixit https://t.co/zsBgMgfkgy

Our schools are being ruined by unethical bureaucrats

I’m dedicated to waking up parents across the country to what’s happening and the danger your child may be in.

It’s time to rid our schools of leniency policies that put our kids in danger. #FixIt https://t.co/v9vnq6HIgs