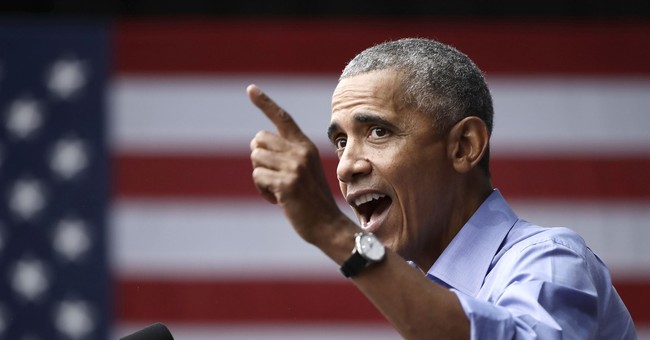 As illegal immigration begins to take center stage with the 2018 midterm elections rapidly approaching, the Trump administration is grappling with how to prevent a Central America caravan of 10,000 illegal aliens from entering the United States.

To those in the Caravan, turnaround, we are not letting people into the United States illegally. Go back to your Country and if you want, apply for citizenship like millions of others are doing!

Democrats, especially those running for reelection, aren't interested in discussing the topic. They've been told by pollsters to avoid the issue on the campaign trail.

But there's one Democrat who holds views on the issue similar to...President Trump. Or used to anyway.

“We simply cannot allow people to pour into the U.S., undetected, undocumented, unchecked and circumventing the line of people who are waiting patiently, diligently, lawfully to become immigrants in this country” — Barack Obama pic.twitter.com/NsEZDD7PVn

If we rewind the tape again, we find Democrat Senator Dianne Feinstein going even further on the issue.

"People who should be here are those who come legally and we have to for the time being, enforce our borders," Feinstein said in 1993. "I think we should enforce our borders. To have a sitaution where 40 percent of the babies born on Medicaid in California today are born of illegal immigrants creates a very real problem for the state...to have 17 percent of our prison population at a cost of $300 million a year. The illegal immigrants who come here to commit felonies, that's not what our nation is about."

My how things have changed.