BREAKING: NAFTA is Out, a New Trade Deal With Mexico is Officially Here 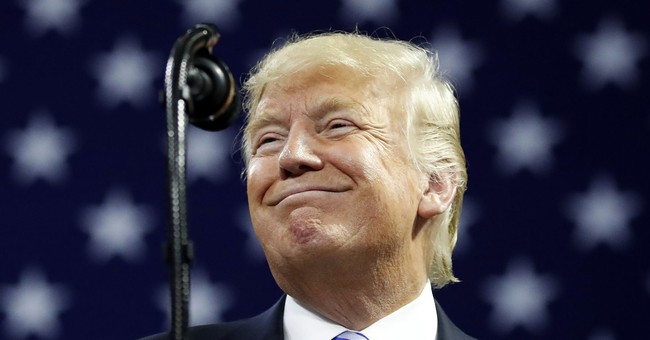 Speaking from the White House Monday morning, President Trump announced a reboot of NAFTA after weeks of negotiations with Mexico.

"They used to call it NAFTA, we're going to call it the United States Mexico Trade Agreement," Trump said from the Oval Office, saying NAFTA has a negative connotation. "It’s a big day for trade. It’s a big day for our country. A lot of people felt we’d never get here.”

President Trump made the announcement and brought Mexican President Enrique Peña Nieto onto a conference call. He then congratulated him on the new deal with the cameras rolling.

"It’s been an honor and you’ve been my friend,” Trump told Nieto. "Congratulations."

President Trump signaled a deal was close at the end of last week and did so again before the announcement Monday morning.

Our relationship with Mexico is getting closer by the hour. Some really good people within both the new and old government, and all working closely together....A big Trade Agreement with Mexico could be happening soon!

The Trump administration will now work in partnership with Mexico to bring Canada to the table for a new and potentially separate deal.

"They want to negotiate very badly," Trump said. “One way or another we’ll have a deal with Canada. It’ll either be a tariff on cars or it’ll be a negotiated deal. Frankly, I tariff on cars is a much easier way to go. Perhaps, the other would be much better for Canada.”

Trump strongly campaigned on the issue of repealing or completely redoing NAFTA, a trade deal he argues was “terrible” for the United States and destroyed manufacturing in states across the country.