ISIS Fighter Wanted For Murder Posed as a Refugee to Get Into the U.S. 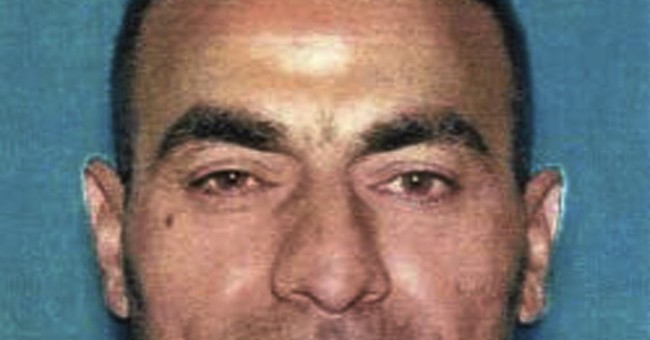 An ISIS fighter who posed as a refugee to get into the United States was arrested in California by FBI agents this week.

Before his detainment, forty-five year old Omar Ameen was wanted for the murder of an Iraqi police officer and officials allege he engaged in a number of terrorist activities in his home country. After entering the U.S. as a "refugee," Ameen attempted to obtain legal status to stay in the U.S.

"Ameen, originally of Rawah, in the Anbar province of Iraq, fled Iraq following the alleged murder, and later settled in Sacramento as a purported refugee.  It is alleged that Ameen’s family supported and assisted the installation of al-Qaeda in Iraq (AQI) in Rawah, and that Ameen was a member of AQI and ISIS," the Justice Department released. "It is also alleged that he participated in various activities in support of those terrorist organizations, including helping to plant improvised explosive devices, and committing the murder that is the subject of the extradition request.  Ameen concealed his membership in those terrorist groups when he applied for refugee status, and later when he applied for a green card in the United States."

Ameen appeared before a federal judge on Wednesday and is awaiting extradition to Iraq, where he will stand trial.

"The Iraqi arrest warrant and extradition request allege that after the town of Rawah, Iraq fell to the Islamic State of Iraq and al-Sham (ISIS) on June 21, 2014, Ameen entered the town with a caravan of ISIS vehicles and drove to the house of the victim, who had served as an officer in the Rawah Police Department," DOJ says. "On the evening of June 22, 2014, after the caravan arrived at the victim’s house, Ameen and other members of the convoy allegedly opened fire on the victim.  Ameen then allegedly fired his weapon at the victim while the victim was on the ground, killing him."

The Department of Homeland Security has issued warnings in the past about ISIS fighters posing as refugees in order to infiltrate Europe and the United States. Last year DHS acknowledged 300 refugees were under investigation for potential ties to terrorism.