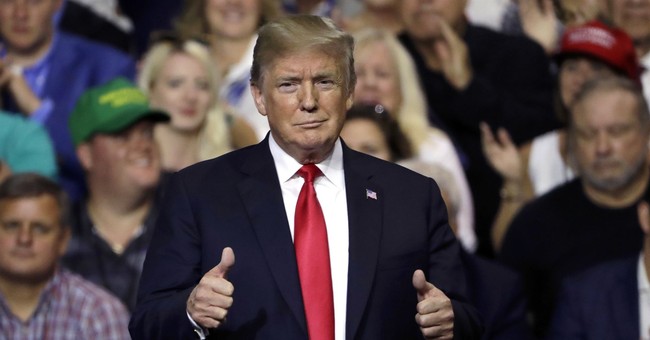 The 2018 midterm elections are right around the corner, which means the 2020 presidential election isn't far behind.

According to new approval numbers compiled by...CNN, President Trump is better off than President Ronald Reagan was at this point in his presidency.

President Trump's approval rating of 42% outpaces Jimmy Carter's and Bill Clinton's ratings of 39% each in the August of their second year in office, and narrowly tops Ronald Reagan's 41% rating in August of 1982. https://t.co/UujvvhC7ec pic.twitter.com/zKf9WQHCCZ

RealClearPolitics has President Trump sitting at an average 43 percent approval.

Meanwhile, President Trump is preparing to hit the campaign trail hard after Labor Day and said he could be on the road for six or seven days at a time.

“I’ll go six or seven days a week when we’re 60 days out, and I will be campaigning for all of these great people that do have a difficult race, and we think we’re going to bring them over the line,” Trump told radio and Fox News host Sean Hannity.

The RNC is right behind him.