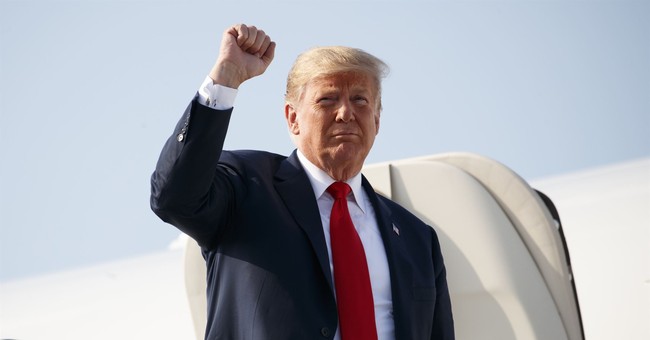 President Trump has been touting his administration's economic achievements as he campaigns around the country, through the White House press shop and on Twitter.

But the talk of roaring success is backed up by hard numbers, not simply President Trump's claims.

3. Millions of Americans are no longer receiving welfare

4. Factory jobs are back. From the Wall Street Journal:

U.S. workers saw the largest increase in wages and benefits since September 2008, according to a new report from the Labor Department on Tuesday.

The employment cost index, a gauge of total compensation for civilian workers, increased 0.6% in the second quarter. The cost of pay and benefits jumped 2.8% in the 12-month period ended in June, the highest yearly growth rate in nearly a decade.

Wages alone gained 2.8% over the past 12 months, which also reflected a near 10-year high.

7. The DOW continues its record run