Jordanian Man Arrested for Smuggling Illegal Aliens From Yemen Across the U.S.-Mexico Border 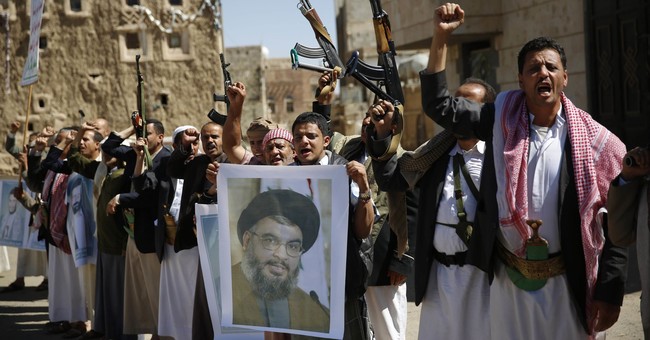 The Department of Justice announced Monday afternoon a Jordanian national has been arrested after allegedly smuggling a number of special interest illegal aliens from Yemen into the United States through the southern border with Mexico. Special interest aliens come from countries with ties to terrorism and pose a significant risk to the safety of Americans.

Moayad Heider Mohammad Aldairi, who lives in Mexico, was arrested at JFK airport in New York. Aldairi is accused of being paid in 2017 to work as a human smuggler and trafficking six illegal aliens into the U.S. through Texas. Accrording to prosecutors, Aldairi worked with others on the scheme.

“Aldairi allegedly smuggled six Yemeni citizens across the Mexican border and into the United States,” Assistant Attorney General Benczkowski released in a statement. “Alien smuggling puts our national security at risk, and the Criminal Division is dedicated to enforcing our immigration laws and disrupting the flow of illegal aliens into the United States.”

Aldairi is currently being held in New York and will be transferred to Texas for prosecution.

“The arrest of Aldairi showcases HSI’s unique ability to coordinate investigative efforts across international boundaries with multiple countries and different agencies throughout the U.S. Government,” said Homeland Security Investigations Special Agent in Charge Shane Folden said. “Attacking the leader/organizers of illicit international pathways for aliens from certain countries of interest will always be a priority of HSI.”

The number of special interest aliens in the United States has increased over the years and the majority of illegal aliens in the U.S. are no longer from Mexico according to Pew Research.

In Yemen, the U.S. has been fighting Al Qaeda and ISIS for years. The terrorist organization Hezbollah, backed by Iran, heavily controls the country.

America has been conducting strikes in Yemen since the earliest days of the War on Terror. In 2002, the United States conducted its first strike in the country, targeting an Al Qaeda leader involved in the USS Cole bombing. In 2009, the campaign began in earnest, with strikes targeting Al Qaeda across the country. Last year, the air campaign expanded to include the Islamic State.

Share this on Facebook
Tweet
Fact Check: Jen Psaki Lied About Biden's Take on 'Xenophobia' and Travel Bans
Beth Baumann
Why the Biden Agenda Might Come to a Screeching Halt in the Senate
Matt Vespa

The Reasoning Behind Gavin Newsom Hiding Key COVID Data Is Something Only a Liberal Would Think Of...