Trump: I Will Not Allow America to Turn Into a Refugee Holding Facility 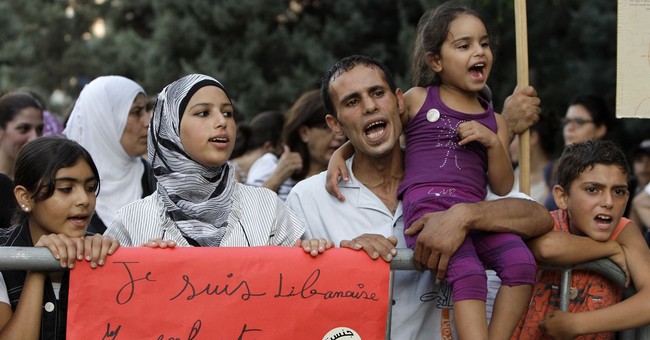 Speaking before a meeting of the National Space Council at the White House Monday, President Trump addressed the ongoing illegal alien crisis on the southern border with Mexico and vowed the United States will never become Europe.

"The United States will not be a migrant camp and it will not be a refugee holding facility.  It won't be.  If you look at what's happening in Europe, if you look at what's happening in other places, we can't allow that to happen to the United States -- not on my watch," Trump said. "For the rest of the world, you look at everything that's taking place -- pick up your newspapers this morning and you see.  We want safety and we want security for our country."

He also placed the blame squarely on Democrats.

"Immigration is the fault, and all of the problems that we're having -- because we cannot get them to sign legislation. We cannot get them even to the negotiating table.  And I say it's, very strongly, the Democrats' fault.  They're obstructing.  They're really obstructionists.  And they are obstructing," he said. "If the Democrats would sit down instead of obstructing, we could have something done very quickly -- good for the children, good for country, good for the world.  It could take place quickly.

The House is set to vote on two immigration bills this week. The White House supports both of them.