President Trump on Air Force One: I Might Pardon or Commute These Other People, Too 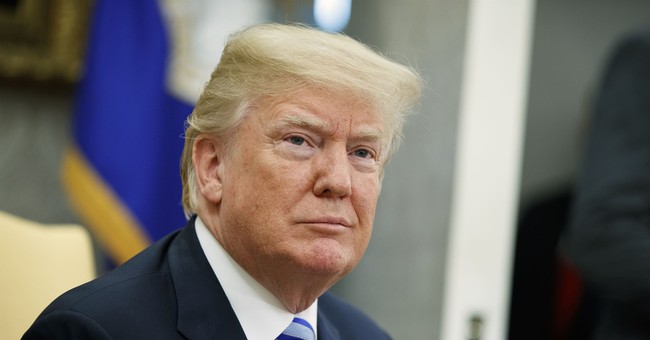 Fresh off his announcement Thursday morning that he will issue conservative filmmaker Dinesh D'Souza a full pardon, President Trump told reporters on Air Force One he's considering pardons or commutations for a number of other people as well.

“There’s another one that I’m thinking about. Rod Blagojevich. Eighteen years in jail for being stupid and saying things that every other politician, you know that many other politicans say, "Trump said, according to the White House pool report. "I don’t know him other than that he was on The Apprentice for a short period of time. Eighteen years is I think really unfair. It’s a Democrat. You know D’Souaz's a Republican. And I’m seriously thinking about it...not pardoning – but I am seriously thinking of a curtailment [commutation] of Blagojevich.”

"What he did does not justify eighteen years in a jail. If you read his statement it was a foolish statement there was a lot of bravado...but it does not...plenty of other politicians have said a lot worse. And it doesn’t, he shouldn’t have been put in jail," he continued. "And he’s a Democrat. He’s not my party. But I thought that he was treated unfairly."

Former Illinois Governor Rod Blagojevich is currently serving a prison sentence at a federal prison in Colorado. He was impeached from office in 2011 for wire fraud, extortion and bribery after being caught on tape trying to sell a U.S. Senate seat. His incarceration release date is set for 2024.

"There are others," he continued. "I think to a certain extent Martha Stewart was harshly and unfairly treated. And she used to be my biggest fan in the world...before I became a politician. But that’s okay I don’t view it that way."