Finally: The NFL Has Made a Decision About Whether Players Should Stand For the National Anthem 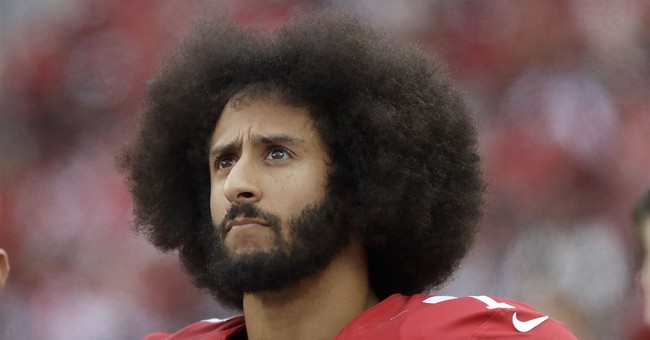 After two years of players kneeling in disrespect on the sidelines at NFL games, Commissioner Roger Goodell released a list of new rules surrounding the National Anthem Wednesday.

"The policy adopted today was approved in concert with the NFL’s ongoing commitment to local communities and our country — one that is extraordinary in its scope, resources, and alignment with our players. We are dedicated to continuing our collaboration with players to advance the goals of justice and fairness in all corners of our society," Goodell said. "The efforts by many of our players sparked awareness and action around issues of social justice that must be addressed. The platform that we have created together is certainly unique in professional sports and quite likely in American business.  We are honored to work with our players to drive progress."

The policies require players on the field to stand in respect for National Anthem, but gives those who refuse to stay inside the locker room. Players will not be required to be on the field.

Here are the new policies, bolding is mine:

The NFL is not requiring players to stand for the National Anthem. In fact, they're not even requiring they be present.

The NFL Player's Association, which represents players in the union, isn't happy.

“The NFL chose to not consult the union in the development of this new 'policy.' NFL players have shown their patriotism through their social activism, their community service, in support of our military and law enforcement and yes, through their protests to raise awareness about the issues they care about," the association released in a statement. "The vote by NFL club CEOs today contradicts the statements made to our player leadership by Commissioner Roger Goodell and the Chairman of the NFL’s Management Council John Mara about the principles, values and patriotism of our League. Our union will review the new 'policy' and challenge any aspect of it that is inconsistent with the collective bargaining agreement."

Since the kneeling started two seasons ago, the NFL has seen game ratings and attendance nosedive. The number one reason fans tuned out last year was because of the National Anthem protests.