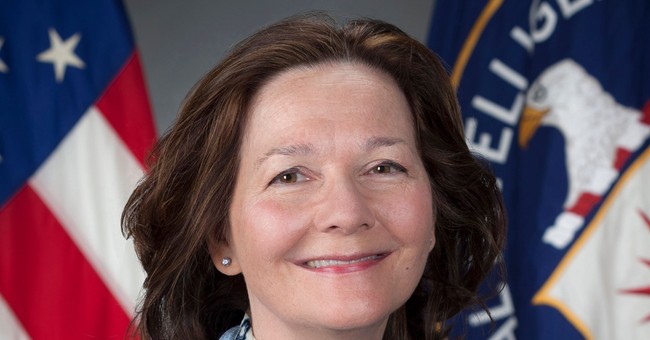 President Trump's nominee to be the next CIA Director, Gina Haspel, will face a tough grilling Wednesday on Capitol Hill in front of the Senate Intelligence Committee.

Ahead of her hearing, Haspel has released an excerpt of her opening testimony addressing the controversy surrounding her involvement with enhanced interrogation techniques.

"I understand that what many people around the country want to know about are my views on CIA's former detention and interrogation program," Haspel's testimony reads. "I have views on this issue, and I want to be clear. Having served in that tumultuous time, I can offer you my personal commitment, clearly and without reservation, that under my leadership CIA will not restart such a detention and interrogation program."

Gina Haspel, my highly respected nominee to lead the CIA, is being praised for the fact that she has been, and alway will be, TOUGH ON TERROR! This is a woman who has been a leader wherever she has gone. The CIA wants her to lead them into America’s bright and glorious future!

Haspel, who currently serves as CIA deputy director, has been working at the Agency for more than 30 years after joining in 1985. She served as station chief in four different and dangerous countries. She speaks multiple languages and has been praised by Democrats, Republicans, CIA leaders and CIA rank and file analysts, operators and agents. Her work has been crucial in tracking down some of the world's most ruthless and dangerous terrorists, including Khalid Sheik Mohammed, who beheaded Wall Street Journal reporter Daniel Pearl. KSM is also the mastermind behind the September 11, 2001 attacks.