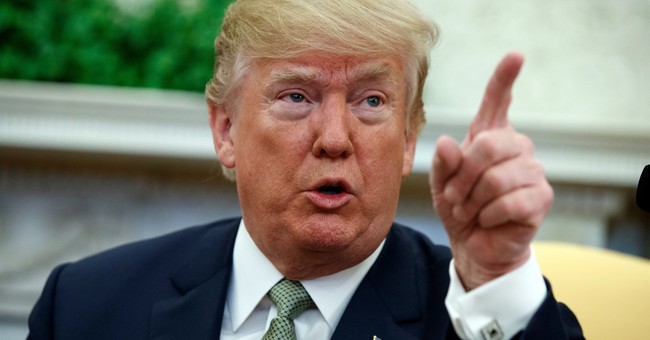 A new report released Friday by the House Intelligence Committee shows there was no collusion between the Trump campaign and the Russian government to influence the 2016 presidential election. Both the Clinton and Trump campaign are faulted with "poor judgement."

When asked directly, none of the interviewed witnesses provided evidence of collusion, coordination, or conspiracy between the Trump campaign and the Russian government.

There is no evidence that Trump associates were involved in the theft or publication of Clinton campaign-related emails, although Trump associates had numerous ill-advised contacts with Wikileaks.

Found no evidence that the Trump campaign colluded, coordinated, or conspired with the Russian government.

Found poor judgment and ill-considered actions by the Trump and Clinton campaign.

The 253-page long report, which the intelligence community reviewed and highly redacted before release by the Committee, shows the Russians tried to influence the election through propaganda campaigns and details similar efforts in Europe. It lists dozens of findings on a number of relevant issues.

"The Kremlin exploits free or Independent media spaces and open democracies to conduct active measures in Europe," the report states. "Russia conducts increasingly aggressive cyber operations against European governments; a tactic that will continue to present a profound threat."

How Russia attacked the United States:

The report shows in January 2017 Obama intelligence officials used the infamous Russian dossier as a way to attack President Trump in the press. That dossier was paid for by the DNC and the Clinton campaign in 2016 and compiled by British spy Christopher Steele.

“Former DNI James Clapper, now a CNN national security analyst, acknowledged discussing the dossier with CNN journalist Jake Tapper and admitted that he might have spoken with other journalists about the same topic," the report states.

Both the Trump and Clinton campaigns are faulted for "bad judgement"

Lawmakers have made dozens of recommendations on how to combat Russian's propaganda in the future.

President Trump has weighed in on the report's release.

This is a breaking story, stay tuned for updates and more information.