No Thanks: New Poll Shows Most Voters Aren't Interested in Impeaching Trump 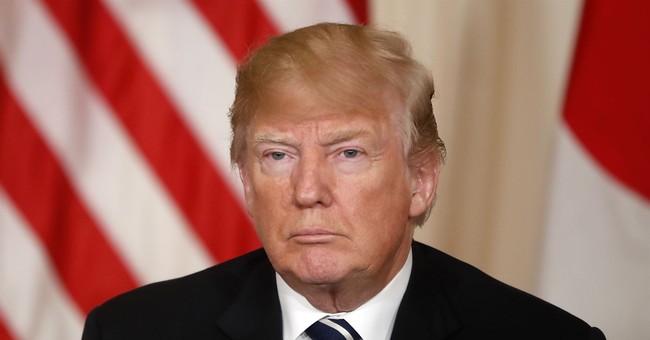 As the 2018 midterm elections get closer, Democrats in a number of congressional districts are promising to impeach President Trump should they win back the House.

But according to a new NPR/PBS Newshour/Marist poll most voters, including independents, aren't interested and would rather see candidates focused on healthcare and the economy.

Notably, three in ten Democrats say they would either definitely vote against a candidate who favors impeachment (18%) or are unsure (12%). 70% of Democrats would definitely vote for such a candidate. Among Republicans, 84% would not back a candidate seeking to impeach President Trump. A plurality of independents (47%) say the same.

Health care reform is the only issue on which there is rare bipartisan agreement. 73% of Democrats, 73% of independents, and 66% of Republicans say health care should be taken up immediately.

“If the question of impeachment dominates the news this fall, like so many other voter concerns, it breaks along partisan lines,” Director of The Marist College Institute for Public Opinion Dr. Lee M. Miringoff said about the finding. “But, because nearly one-third of Democrats are not eager to open up this debate, it is one potential campaign issue that advantages the GOP.”

As Guy has previously written about, Democrats and the left are torn on whether to pursue impeachment as a strategy for the midterms.

Dems should NOT commit to impeachment unless & until there’s a demonstrable case for one.
It is not just a matter of politics. It’s a matter of principle.
If we “normaiize” impeachment as a political tool, it will be another hammer blow to our democracy.https://t.co/vTcaDfknlC

Let's be clear: Trump has already committed 8 impeachable offenses. What are we waiting for? If you haven't signed on yet, now is the time. https://t.co/xLZe31ulzC https://t.co/KeNgoh4kWB