Reminder: Democrats Have Voted For Pompeo Before 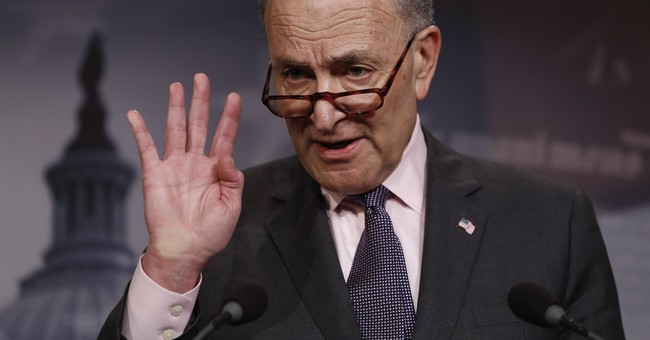 As former CIA Director Mike Pompeo gets ready to answer a series of questions on Capitol Hill Thursday in his bid to be the next Secretary of State, Democrats in the Senate have made it clear his confirmation hearing won't be an easy one. Upping the ante, some are warning Pompeo's nomination could go down if Democrats choose resistance.

However, Democrats have voted in favor of Pompeo before and their opposition to his nomination is transparently political. From Govtrack:

Putting potential Senate Democrat obstruction aside, Pompeo has received bipartisan praise from a number of lawmakers and diplomatic organizations.

"We are confident that Director Pompeo can do the same thing at the State Department, should the Senate confirm him. We have no doubt that if confirmed, Director Pompeo would work diligently to restore the Department of State to its rightful place and would serve with honor and distinction as he has in his previous service for our nation," the letter states. "The Department of State faces a myriad of major challenges internationally and internally. Internationally, the Department is grappling with the reality of the ongoing hot wars in Afghanistan and Syria, foreign policy crises of the highest order with respect to Iran and North Korea, aggressive and expansionist governments in China and Russia seeking to counter U.S. influence around the world, and festering, serious threats from terrorist organizations operating in a wide array of regions."

“From West Point to the CIA, Director Pompeo has proven himself as a strong leader for these uncertain times," RNC spokesman Michael Ahrens said. "Last year, 66 U.S. Senators, including 14 Democrats, voted to confirm him as director of the CIA. Democratic senators should do the right thing, set aside party politics and send a message to our adversaries around the world that we have strong leadership running the State Department."