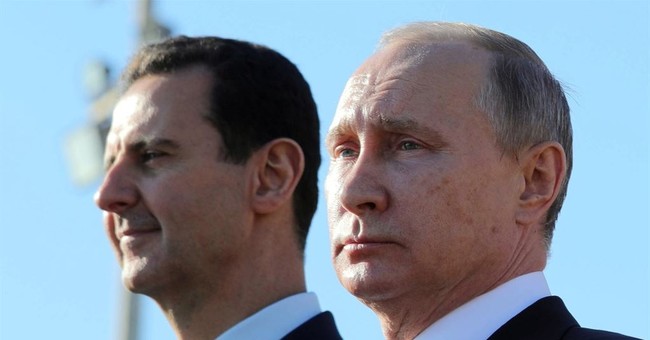 UPDATE: President Trump made the following remarks prior to a Cabinet meeting at the White House Monday.

"We'll be making that decision very quickly. Probably by the end of today. We cannot allow atrocities like that," Trump said. "Nothing is off the table."

“It was atrocious. It was horrible," he continued. “This is about humanity and it can’t be allowed to happen.”

Over the weekend Syrian President Bashir al-Assad launched another chemical weapons attack against innocent civilians. This time, it was in the city of Douma. Hundreds were injured and at least 150 people have been killed.

In reaction to the attack, President Trump directly called out Assad and President Vladimir Putin for the atrocity. He also warned a "big price" will be paid for the attack.

"On Tuesday, President Bashir al-Assad, launched a horrible chemical weapons attack on innocent civilians. Using a deadly nerve agent, Assad choked out the lives of helpless men, women and children. It was a slow and brutal death for so many," President Trump said at the time. "Tonight, I ordered a targeted military strike on the airfield in Syria from where the chemical attack was launched. It is in the vital national security interest of the United States to prevent and deter the spread or use of deadly chemical weapons."

No word yet on how the United States will respond to the most recent attack, but Secretary of Defense James Mattis says nothing is off the table for consideration.