President Trump: We're Going to Guard Our Border With the Military 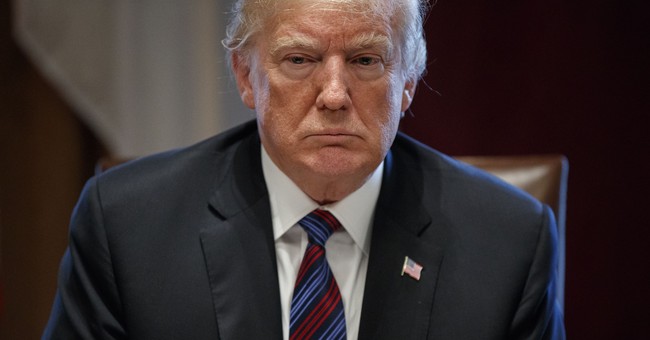 During a working lunch meeting with Baltic state leaders from Latvia, Estonia and Lithuania at the White House Wednesday, President Trump said he is sending the U.S military to guard America's southern border with Mexico.

"We are going to be guarding our border with our military. That's a big step," Trump said according to the pool report. "We cannot have people flowing into our country illegally, disappearing, and by the way never showing up for court."

President Trump reiterated this statement during a joint press conference this afternoon.

"We are preparing to do that," Trump said, adding troops will stay until the wall is complete. "We have a meeting on it in a little while with Secretary Mattis. It's something we have to do."

The White House has not indicated when exactly that meeting will take place or where U.S. troops will be deployed along the southern border with Mexico. Officials have not given a number of troops the President plans to send.

The President's statement comes just hours after Mexico stopped a caravan of over a 1,000 illegal aliens from Honduras from entering the United States.

"First, the United States must secure its borders. This is a basic responsibility of a sovereign nation. It is also an urgent requirement of our national security. Our objective is straightforward: The border should be open to trade and lawful immigration -- and shut to illegal immigrants, as well as criminals, drug dealers, and terrorists," President Bush said during a prime time address.

"I was the governor of a state that has a 12,000 mile border with Mexico. So I know how difficult it is to enforce the border, and how important it is. Since I became president, we have increased funding for border security by 66 percent, and expanded the Border Patrol from about 9,000 to 12,000 agents. The men and women of our Border Patrol are doing a fine job in difficult circumstances, and over the past five years, we have apprehended and sent home about 6 million people entering America illegally," he continued. "Despite this progress, we do not yet have full control of the border, and I am determined to change that. Tonight I am calling on Congress to provide funding for dramatic improvements in manpower and technology at the border. By the end of 2008, we will increase the number of Border Patrol officers by an additional 6,000. When these new agents are deployed, we will have more than doubled the size of the Border Patrol during my presidency."

In 2010, President Obama sent 1,200 National Guard troops to the border. The additional resources were scheduled for one year, but were extended in 2011 for an additional three months.