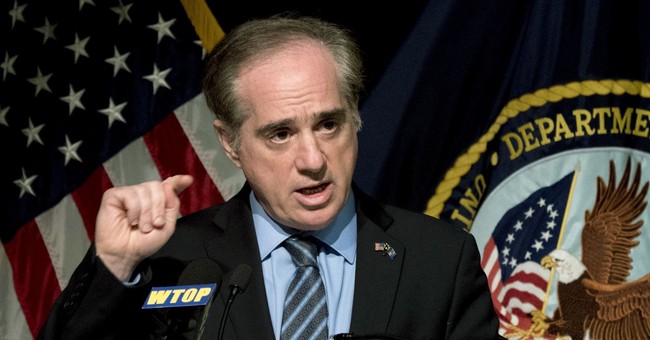 President Donald Trump has announced he will nominate Dr. Admiral Ronny Jackson to be the new Secretary of Veterans Affairs. Current Secretary David Shulkin has been asked to step aside after coming under heavy scrutiny and criticism in recent weeks for lavish spending and a lack of reform at the VA.

The President also released a statement from the White House.

“I am proud to nominate Rear Admiral Ronny Jackson M.D. as Secretary of the Department of Veterans Affairs. Admiral Jackson is highly trained and qualified and as a service member himself, he has seen firsthand the tremendous sacrifice our veterans make and has a deep appreciation for the debt our great country owes them,” Trump said. “The Honorable Robert Wilkie will serve as the Acting Secretary for the Department of Veterans Affairs. Mr. Wilkie is currently the Undersecretary of Defense for Personnel and Readiness at the Department of Defense and overseas health affairs, welfare and quality of life for military families.”

“I appreciate the work of Dr. David Shulkin and the many great things we did together at Veterans Affairs, including the VA Accountability Act that he was helpful in getting passed. He has been a great supporter of veterans across the country and I am grateful for his service,” he continued.

Shulkin’s departure from the Departmenet appears to be immediate.

Dr. Jackson has worked as the presidential physician for President’s George W. Bush, Barack Obama and Donald Trump. Earlier this year, Jackson gave a an extensive briefing to reporters at the White House about President Trump’s health.

"His health is excellent right now," Jackson said in January. "He's fit for duty for the remainder of this term and another term if he is elected."

Jackson joined the Navy in 1995. In 2001 he arrived at Portsmouth Naval Medical Center to start his residensy, which he finished in 2004.