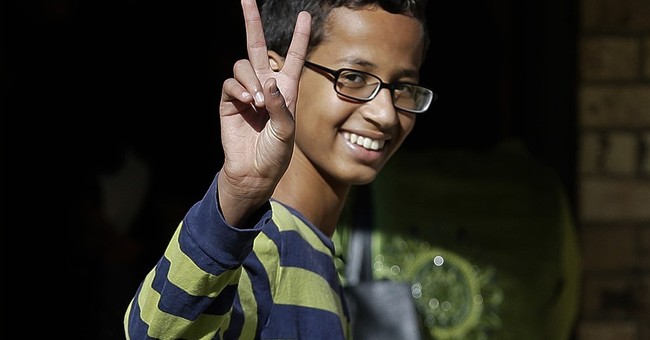 Turns out Mohammed just lost another lawsuit that was filed on the same grounds. From Dallas News:

A federal judge has dismissed a lawsuit filed against Irving ISD, the city of Irving and several individuals by the father of a teen who was arrested after bringing to school a homemade clock that was mistaken for a bomb.

The federal lawsuit had alleged that Ahmed Mohamed's civil rights were violated in September 2015 when Irving police officers took him into custody at MacArthur High School and charged him with making a "hoax bomb." The then-14-year-old was also suspended from school for three days.

The charge against Ahmed was later dropped. The boy and his family have since moved to Qatar.

Mohammed and his family were invited to the White House by President Obama in 2015, where he was praised for his interest in "science."

Qatar, where Mohammed now lives with his family, has been cut off economically from its Arab neighbors since 2017 for ties to terrorism.