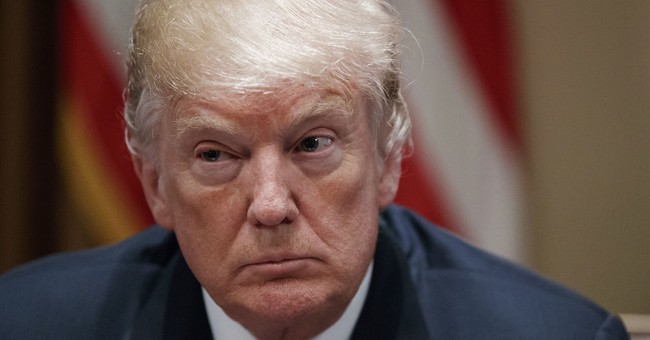 Wednesday afternoon at the White House, President Trump hosted a school safety listening session with a number of high profile Senators. Democrats were in attendance with and openly spoke about their ideas for gun control and school safety in front of television cameras.

During the session, President Trump expressed support for Democrat Senator Dianne Feinstein's updated ban on semi-automatic rifles and strongly stated he wants due process to come after the confiscation of firearms.

"Take the firearms first, and then go to court. Because that’s another system, because a lot of times, by the time you go to court, it takes so long to go to court to get the due process procedures, I like taking the guns early. Like in this crazy man’s case that just took place in Florida," Trump said. "To go to court would have taken a long time. So you could do exactly what you’re saying, but take the guns first, go through due process second."

“Strong leaders don't automatically agree with the last thing that was said to them. We have the Second Amendment and due process of law for a reason. We're not ditching any Constitutional protections simply because the last person the President talked to today doesn’t like them," Sasse said.

The National Rifle Association, which Trump demeaned during the meeting, also issued a statement.

“While today’s meeting made for great TV, the gun control proposals discussed would make for bad policy that would not keep our children safe. Instead of punishing law-abiding gun owners for the acts of a deranged lunatic our leaders should pass meaningful reforms that would actually prevent future tragedies,” NRA spokeswoman Jennifer Baker released in a statement.

President Trump followed up on the meeting Thursday morning with a tweet.