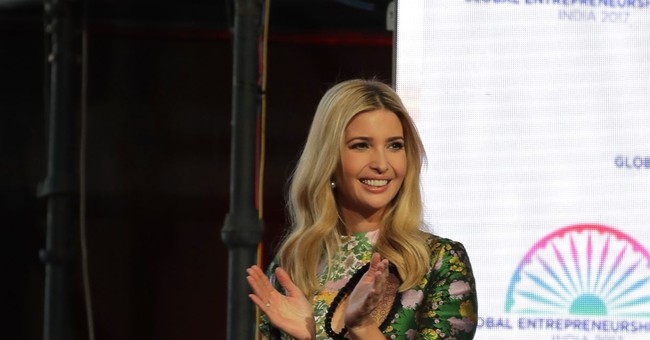 Later this week White House Senior Advisor Ivanka Trump with travel to South Korea for the closing ceremonies of the 2018 Winter Olympics. She will travel on a commercial flight to Seoul and will lead the U.S. delegation in the final days of the games.

"I am honored to lead the U.S. delegation to the closing ceremonies of the PyeongChang 2018 Winter Olympics. We look forward to congratulating Team USA and celebrating all that our athletes have achieved. Their talent, drive, grit and spirit embodies American excellence, and inspire us all," she said in a statement released by the White House Wednesday.

During her visit, Trump will have dinner with South Korean President Moon. She will not engage in any direct diplomacy with North Korean officials while she is there.

WH formally announces that @IvankaTrump will head the US Presidential delegation to the closing ceremonies of the Olympic Games in South Korea. No plans for any contacts with North Korean officials.

Sr Admin Official says @IvankaTrump will travel commercial to Seoul, have dinner Friday night with Pres Moon at Blue House, then spend the weekend in PyeongChang for the last of the Olympic events and the closing ceremony Sunday night.

Other members of the pres delegation to the Closing Ceremonies include @SenatorRisch, @PressSec and Gen. Vincent Brooks, Commander, US Forces/Korea.

Asked if any effort was being made to arrange contact between @IvankaTrump and the North Korean delegation, a Sr Admin Official gave a blunt one word answer: "No."

Here is the current U.S. medal count, courtesy of SBNation:

Recommended
Here's What the Chinese Defector Has Reportedly Given Us About COVID...But Also on Joe and Hunter Biden
Matt Vespa
Share this on Facebook
Tweet
Ilhan Omar Blames GOP for 'False Narratives' Surrounding Critical Race Theory, Denies its Existence in Schools
Landon Mion
Congressman Unloads on DHS Sec. for Claiming Criticism of VP Harris Laughing at Border Crisis is 'Unfair'
Rebecca Downs
Twitter Reacts to Dave Portnoy's Random, Brief Suspension from Twitter
Rebecca Downs
Is This What Juneteenth Was Supposed to Mean?