Hillary's Campaign Manager: Yeah, This Whole Russia Narrative is Not a Winning Strategy 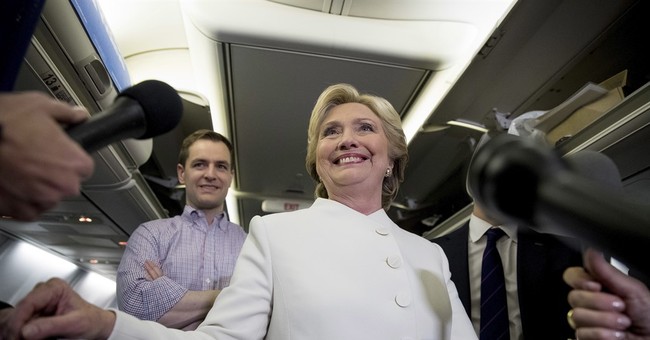 It's officially 2018, which means the midterm elections are right around the corner. When a successful Republican tax reform package kicks in next month, Democrats will have to reach even deeper to find a winning argument for November.

In 2017, Russia was used as a political hammer by Democrats against President Trump and Republicans closely associated with him. As the Special Counsel investigation drags on, with multiple investigations on Capitol Hill failing to turn up evidence of collusion, it's still being used as a talking point against the White House.

But according to former Clinton campaign manager Robby Mook, using the Russia narrative to win elections and take back red seats just isn't going to cut it.

"I don't think the Russia investigation is a winning message. You know, voters watch and they look to see what your priorities seem to be," Mook said during a recent interview on CNN. "This is actually why the Republicans are looking to have a fight over immigration because they want to send a signal to voters that Democrats are not focused on the voters but on immigration and that sort of thing. Obviously it's an important issue but the Republicans see that as a helpful wedge for their base. I think Democrats need to run on what everybody always needs to run on which is, what are you doing for the voters? What's in it for them?"

(relevant portion is at minute mark 5:23)

Will Democrats drop Russia in 2018? Highly unlikely, but there is a chance their push for impeachment takes precedent.

Polling on the issue continues to show Americans split.