Grassley: Memos Comey Gave to His Friend to Leak to Media Were Likely Classified 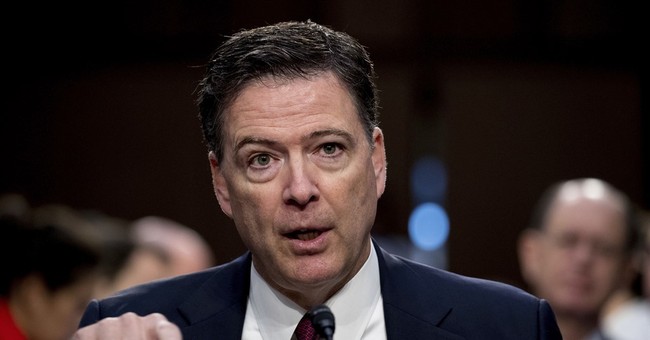 Last June former FBI Director James Comey admitted during congressional testimony he leaked memos to a friend, who then gave them to the New York Times for a story. Those memos were about conversations between Comey and President Trump, which he wrote after a meeting at Trump Tower.

But according to Senate Judiciary Committee Chairman Chuck Grassley, the content of those memos was classified.

"After a review of the seven memoranda created by former Director Comey, it is now clear that four are marked classified at various levels of sensitivity. Former Director Comey reportedly provided copies of four memos to Columbia Law School Professor Alan Richman. If true, that would mean at least one disclosed memo contained information now-marked classified," Grassley's office released.

In a letter to Deputy Attorney General Rod Rosenstein Grassley is asking for clarification about the handling of the memos and is demanding to know if the classified versions were given to Comey's friend, Columbia Law School Professor Daniel Richman, to leak to the media.

Richman does not have a security clearance. Grassley wants to know if he inappropriately handled classified information, which memos Comey gave him and whether he still has them.

"Has the Justice Department or FBI in fact determined that any of the memoranda Mr. Comey sent Professor Richman contained classified information? If so, what steps were taken to retrieve and safeguard the information?" he asks.

Richman has refused to inform the Committee which memos he received from Comey, but is reportedly working with Special Counsel Robert Mueller on his probe.