Trump Lays Out His National Security Vision: America Will Win 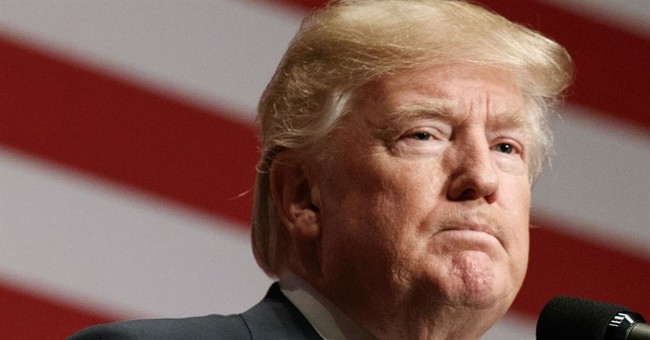 "Our new strategy is based on a principled realism, guided by our vital national interests and rooted in our timeless values. This strategy recognizes that whether we like it or not, we are engaged in a new era of competition.  We accept that vigorous military, economic, and political contests are now playing out around the world," Trump said.

"We know that American success is not a forgone conclusion.  It must be earned and it must be won. Our rivals are tough, tenacious, and committed to the long term.  And so are we. To succeed, we must integrate every dimension of our national strength – and we must compete with every instrument of our national power," he continued. "With the strategy I am announcing today, we are declaring that America is in the game and America is determined to win."

The four pillars, with a special focus on immigration and boosting the economy, will guide Trump's approach to national security. They are the following:

During his remarks, President Trump also recalled his experience and results driven meetings around the world this year during significant foreign trips to NATO headquarters in Brussels, Asia and the Middle East.

"Following my trip to the Middle East, the Gulf states and other Muslim-majority nations joined together to fight radical Islamist ideology and terrorist financing.  We have dealt ISIS one devastating defeat after another.  The coalition to defeat ISIS has now recaptured almost 100 percent of the land once held by these terrorists in Iraq and Syria.  Great job...We have a great military.  We're now chasing them wherever they flee, and we will not let them into the United States," he said. "Our efforts to strengthen the NATO Alliance set the stage for significant increases in member contributions, with tens of billions of dollars more pouring in because I would not allow member states to be delinquent in the payment while we guarantee their safety and are willing to fight wars for them.  We have made clear that countries that are immensely wealthy should reimburse the United States for the cost of defending them.  This is a major departure from the past, but a fair and necessary one -- necessary for our country, necessary for our taxpayer, necessary for our own thought process."

Over the past 11 months, I have travelled tens of thousands of miles, to visit 13 countries. I have met with more than 100 world leaders and everywhere I traveled, it was my highest privilege and greatest honor to represent the AMERICAN PEOPLE! pic.twitter.com/7SDsEeIhJH

On North Korea, Trump touted tough talk and sanctions as successful, but noted more has to be done to denuclearize the regime.

"Our campaign of maximum pressure on the North Korean regime has resulted in the toughest-ever sanctions.  We have united our allies in an unprecedented effort to isolate North Korea.  However, there is much more work to do.  America and its allies will take all necessary steps to achieve a denuclearization and ensure that this regime cannot threaten the world," Trump said. "This situation should have been taken care of long before I got into office, when it was much easier to handle.  But it will be taken care of.  We have no choice."

Further, Trump noted Russia and China as adversaries and the official NSS document acknowledges Russia's efforts to influence the 2016 presidential election through propaganda.

Many are praising the new strategy as Reaganesque and a much needed departure from President Obama's foreign policy ideology.

The president's National Security Strategy is required by Congress.