If Confederate Statues Are 'Reprehensible', Why Didn't Nancy Pelosi Remove Them When She Had the Power as Speaker? 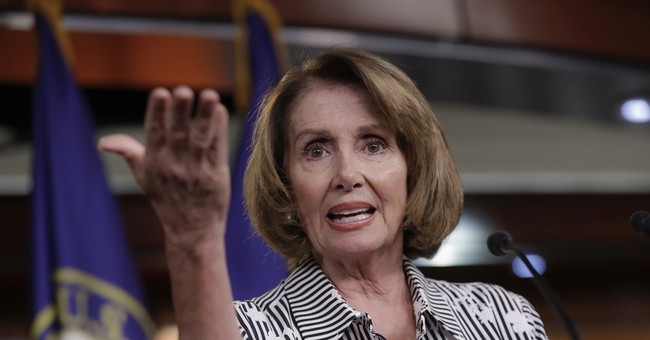 Last week House Minority Leader Nancy Pelosi demanded Speaker Paul Ryan remove all confederate statues from the U.S. Capitol. In a statement, Pelosi said the statues have "always been reprehensible" and insisted they be taken down, despite the Capitol acting as a museum for all kinds of American history.

“The halls of Congress are the very heart of our democracy.  The statues in the Capitol should embody our highest ideals as Americans, expressing who we are and who we aspire to be as a nation," Pelosi said. “The Confederate statues in the halls of Congress have always been reprehensible.  If Republicans are serious about rejecting white supremacy, I call upon Speaker Ryan to join Democrats to remove the Confederate statues from the Capitol immediately."

“Under the leadership of Democrats in Congress, we have recognized more women and people of color in Congress’s collection of statues, including Rosa Parks, Sojourner Truth and Helen Keller.  As Speaker, we relocated Robert E. Lee out of a place of honor in National Statuary Hall – a place now occupied by the statue of Rosa Parks," she continued. “There is no room for celebrating the violent bigotry of the men of the Confederacy in the hallowed halls of the United States Capitol or in places of honor across the country.”

But if these statues truly are "reprehensible," why didn't Pelosi have them completely removed when she had the power to do so as Speaker of the House?

What an amazing job you did getting rid of them during your four years in power, Madam Speaker! https://t.co/oLgYIMHWMY

The reason: she and other Democrats, like Senator Cory Booker, are grandstanding.

According to a Marist poll released last week 62 percent of the country, including a significant number of independents, oppose taking down the statues.

Leftists say they want statues in a museum. Capitol is a museum. Truth is people like Pelosi want to erase history damning to their party. https://t.co/rulZl3t8EZ