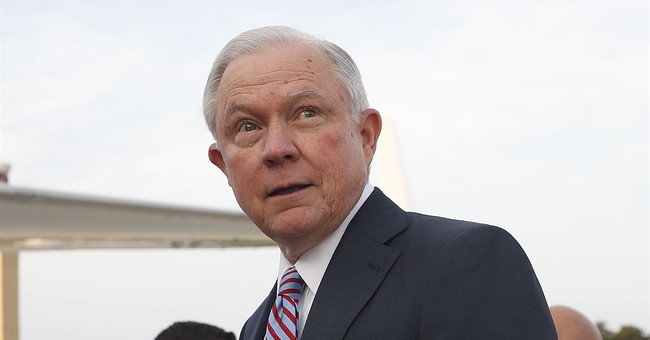 Earlier this week conservative lawmakers and leaders of grassroots organizations lined up in defense of Attorney General Jeff Sessions after a number of attacks from President Trump.

The White House won't directly say if Trump plans to fire Sessions, but he's been strongly hinting on Twitter all week, but Chairman of the Senate Judiciary Committee Chuck Grassley is having none of it.

Just talked to Grassley about his tweet last night, and he warns Trump he isn't gonna act on ANY successor to Sessions. "My agenda is full."

Everybody in D.C. Shld b warned that the agenda for the judiciary Comm is set for rest of 2017. Judges first subcabinet 2nd / AG no way

During an interview on Capitol Hill Thursday morning, Senator Lindsey Graham said there would be "hell to pay" if Sessions were fired.

"This effort to basically marginalize and humiliate the attorney general is not going over well in the Senate," Graham told CNN. "If Jeff Sessions is fired, there will be holy hell to pay."

Senator Ben Sasse strongly warned Trump against a recess appointment should Sessions either resign or be fired.

“In 2014, the U.S. Supreme Court ruled that the Obama administration had made unconstitutional appointments when it declared this body to be in recess when the U.S. Senate was not in fact in recess and it functionally claimed power — that is the administration functionally claimed power — that belong to the Senate under our Constitution," Sasse said. “So today I've come to the floor to keep my promise and to offer a word of humble advice to the president. If you're thinking of making a recess appointment to push out the Attorney General, forget about it. The presidency isn’t a bull, and this country isn't a china shop."

“Mr. President, you’re a public servant in a system of limited government with a duty to uphold and to defend and to teach to our kids the Constitution system of checks and balances. And this, this is the world's greatest experiment in self-government. It works only if all of us, presidents, senators, Republicans, Democrats, independents, and judges — if we all keep our faith to the American institutions and to the rule of law," he continued.

During an interview with Tucker Carlson, which will air in full on Fox News Thursday night, Sessions called Trump's repeated attacks "hurtful." He has also said he doesn't plan on resigning.

"It's kind of hurtful but the President of the United States is a strong leader," Sessions said. "He's had a lot of criticism and he's steadfast determined to get his job done."