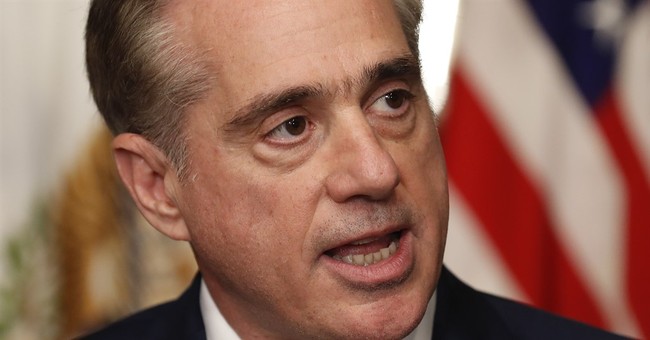 Speaking from the East Room of the White House Monday, President Donald Trump announced a new program that allows veterans in the VA system to easily transfer their medical records for more efficient care.

"The VA will announce and modernize its medical records to use the same system as the Department of Defense. No more complications. The records will now be able to follow the veteran when they leave service, meaning faster, better and far better quality care," Trump said.

“No more complications.” - President @realDonaldTrump on fixing and revitalizing services for veterans pic.twitter.com/RlFbieTXe4

VA Secretary Shulkin laid out and explained the program this morning before the President's remarks.

"I am here today to announce my decision on the future of the VA’s Electronic Health Record system, otherwise known as EHR," Shulkin said. "The health and safety of our Veterans is one of our highest national priorities. Having a Veteran’s complete and accurate health record in a single common EHR system is critical to that care, and to improving patient safety."

The goal is expedited care for veterans experiencing wait times by making medical information available in one, consolidated system. Shulkin said the issue of moving the records has been studied extensively, leading him to the conclusion its the best option.

"At VA, we know where almost all of our Veteran patients is going to come from — from the DoD, and for this reason, Congress has been urging the VA and DoD for at least 17 years — from all the way back in 2000 — to work more closely on EHR issues," Shulkin said.

"While we have established interoperability between VA and DOD for key aspects of the health record, seamless care is fundamentally constrained by ever-changing information sharing standards, separate chains of command, complex governance, separate implementation schedules that must be coordinated to accommodate those changes from separate program offices that have separate funding appropriations, and a host of related complexities requiring constant lifecycle maintenance," Shulkin continued. "Without improved and consistently implemented national interoperability standards, VA and DoD will continue to face significant challenges if the Departments remain on two different systems."