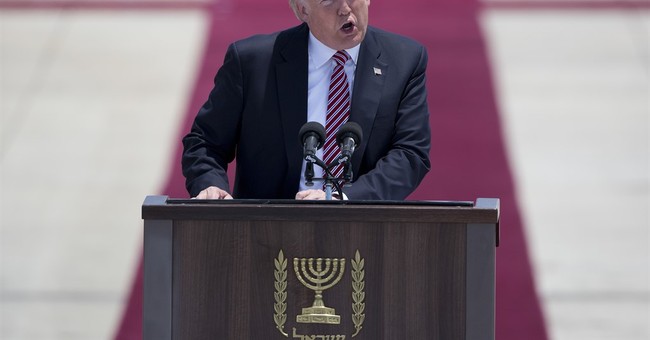 "I never mentioned the word or the name Israel," President Trump said.

"Intelligence cooperation is terrific. It's never been better," Netanyahu followed up.

The comments come after President Trump allegedly shared classified Israeli intelligence on ISIS with Lavrov and Kislyak, leading to the severe endangerment of an Israeli spy.

The White House does not deny the intelligence was shared, arguing the President has the authority to share or declassify any information he's sees necessary.