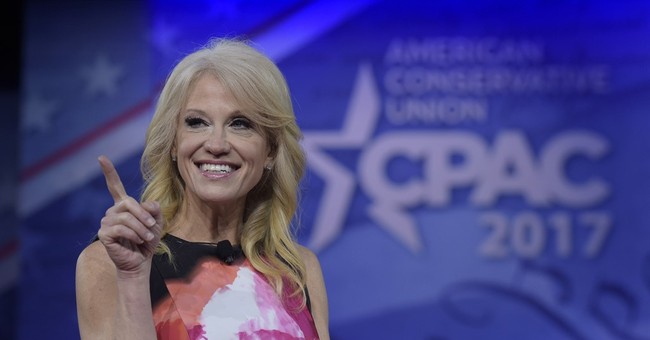 In case you missed it, former Secretary of State and Democrat President candidate Hillary Clinton is still whining about her loss to President Donald Trump in November. During an interview with CNN's Christiane Amanpour Tuesday, Clinton blamed her loss on the Russians, sexist Americans who she says refuse to vote for a woman and FBI Director James Comey.

Former Trump Campaign Manager and White House Special Counselor Kellyanne Conway is having none of it and took to Twitter in response.

From: Woman in the White House https://t.co/bJQ0xbXwH3

Conway is the first female campaign manager in history to get a presidential candidate into the Oval Office.