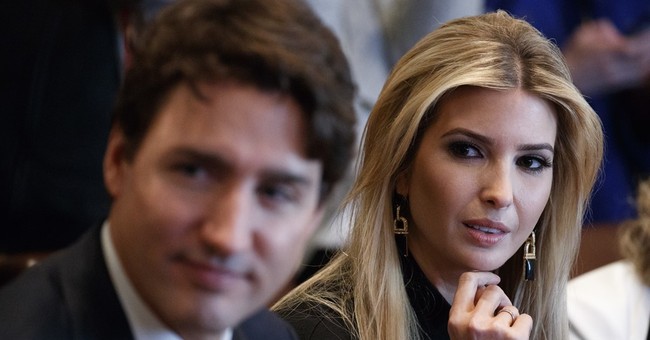 President Donald Trump and his daughter Ivanka are commemorating International Women's Day by expressing their support through social media.

On International Women's Day, join me in honoring the critical role of women here in America & around the world.

Today, we celebrate women and are reminded of our collective voice and the powerful impact we have on our societies and economies. #IWD2017

Last month the President and Ivanka hosted Canadian Prime Minister Justin Trudeau at the White House and announced the development of the Canada-United States Council for Advancement of Women Entrepreneurs and Business Leaders.

I am incredibly proud to support the signing of two bills today: H.R. 321 and H.R. 255. I am thankful for my father’s commitment to enhancing STEM (Science, Technology, Engineering & Math) education opportunities and entrepreneurial programs for women and girls. Closing the gender gap in STEM fields is essential to both innovation and workforce development. I look forward to working alongside my father to champion the economic empowerment of women and girls and encouraging gender diversity in STEM fields is critical to that mission. #STEM #ClosingTheGenderGap #WomenInSTEM