Petreaus: Military Action Against Iran Shouldn't Be Ruled Out 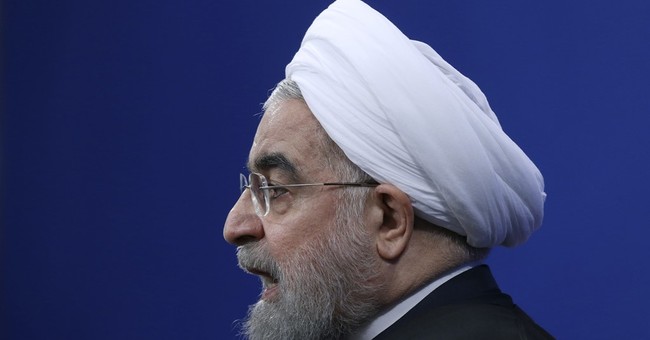 As the new Trump administration gets underway, questions about the future of the Iran Nuclear Deal remain. Will the new president rip it up as promised on the campaign trail? Or will parts of it stay as Tehran threatens retaliation and non-cooperation for renegotiation?

There are a number of options on the board to consider and according to former CIA Director David Petreaus, who met with President Trump during the transition, military force shouldn't be taken off the table.

The former CIA director, General David Petraeus, attended the tenth conference of The Institute for National Security Studies in Tel Aviv and provided a glimpse into security issues facing the new administration in Washington. "The US must prepare for action against Iran, if necessary," he declared on Tuesday.

Petraeus commented, "I told Trump that we need to repeat what we want – for Iran not to have nuclear weapons and for the Islamic Republic to stop striving for a Shiite hegemony in the region. If you ask the Gulf states, their first problem is Iran, and only afterwards comes ISIS, Yemen, the Muslim Brotherhood, and then the Palestinian problem – which was in first place for many years".

He added and emphasized: "The US must declare that it will not enable a nuclear Iran, and that the American military will be ready for action in the region, if and when. In addition, the US should work on a joint operation with the Allies if necessary".

Defense Secretary James Mattis isn't a proponent of eliminating the deal, but instead believe separate action to reign in Iran's behavior will be most effective.

Mattis’s critiques of the Obama administration are not about how it addressed the nuclear file, but about how it did not address the threats posed by Iran ’ s regional behavior. At his April talk , he did not support dismantling the nuclear agreement , instead stating that short of a major violation by Iran , a new p resident will not be able to walk back the deal without isolating the United States and strengthening Iran.

Instead of killing the deal, Mattis is likely to advocate for a harder line on other Iran-related issues. First, he will push for a firmer stance on Iran ’ s provocations in the crowded waters of the Persian Gulf. In recent months , there have been a number of dangerous incidents due to problematic behavior from the Islamic Revolutionary Guard Corps Navy , including an Iranian patrol boat pointing its guns at an American helicopter.

This doesn't mean he ’ ll recommend shooting Iranian ships out of the water , but rather to draw firm lines for Iran about the consequences for such actions, and to follow through if Iran crosses those lines.


Iran not only poses an enormous threat in the region, but to the world overall. The regime's funding of Hezbollah, the largest terror network spanning the earth, has proven fatal. Before 9/11, Hezbollah was responsible for more American deaths than any other terror organization. Iran is also responsible for a number of U.S. troop deaths in Iraq.