Trump: I Will Announce My Supreme Court Pick Next Week 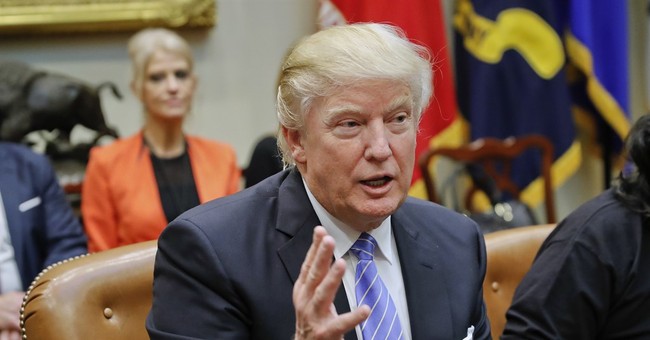 Speaking from the Oval Office Tuesday after signing a series of new executive orders, President Donald Trump announced he will be naming his first Supreme Court nominee next week. The nomination will replace the late Justice Antonin Scalia, who passed away last year.

Trump didn't give any hints about who he will pick, but according to reports the president is slated to pick U.S. Circuit Court Judge Neil Gorsuch for the position. Here is a bit of his profile from SCOTUS Blog:

Neil Gorsuch was appointed to the United States Court of Appeals for the 10th Circuit by President George W. Bush on May 10, 2006, and confirmed shortly thereafter. Both his pre-judicial resumé and his body of work as a judge make him a natural fit for an appointment to the Supreme Court by a Republican president. He is relatively young (turning 50 this year), and his background is filled with sterling legal and academic credentials. He was a Marshall Scholar at the University of Oxford, graduated from Harvard Law School, clerked for prominent conservative judges (Judge David Sentelle of the U.S. Court of Appeals for the District of Columbia Circuit, as well as Justices Byron White and Anthony Kennedy of the Supreme Court), and was a high-ranking official in the Bush Justice Department before his judicial appointment. He is celebrated as a keen legal thinker and a particularly incisive legal writer, with a flair that matches— or at least evokes — that of the justice whose seat he would be nominated to fill. In fact, one study has identified him as the most natural successor to Justice Antonin Scalia on the Trump shortlist, both in terms of his judicial style and his substantive approach.