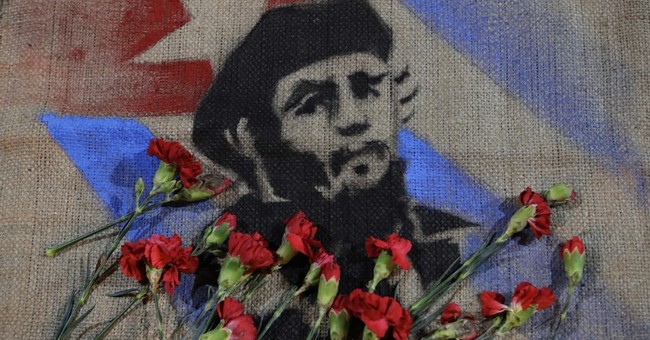 His death prompted a series of public figures, celebrities and politicians to release statements. Here are five of the worst.

Fidel Castro was a symbol of the struggle for justice in the shadow of empire. Presente!

“It is with deep sorrow that I learned today of the death of Cuba’s longest serving President.

“Fidel Castro was a larger than life leader who served his people for almost half a century. A legendary revolutionary and orator, Mr. Castro made significant improvements to the education and healthcare of his island nation.

“While a controversial figure, both Mr. Castro’s supporters and detractors recognized his tremendous dedication and love for the Cuban people who had a deep and lasting affection for “el Comandante”.

“I know my father was very proud to call him a friend and I had the opportunity to meet Fidel when my father passed away. It was also a real honour to meet his three sons and his brother President Raúl Castro during my recent visit to Cuba.

“On behalf of all Canadians, Sophie and I offer our deepest condolences to the family, friends and many, many supporters of Mr. Castro. We join the people of Cuba today in mourning the loss of this remarkable leader.”

At this time of Fidel Castro’s passing, we extend a hand of friendship to the Cuban people. We know that this moment fills Cubans - in Cuba and in the United States - with powerful emotions, recalling the countless ways in which Fidel Castro altered the course of individual lives, families, and of the Cuban nation. History will record and judge the enormous impact of this singular figure on the people and world around him.

For nearly six decades, the relationship between the United States and Cuba was marked by discord and profound political disagreements. During my presidency, we have worked hard to put the past behind us, pursuing a future in which the relationship between our two countries is defined not by our differences but by the many things that we share as neighbors and friends - bonds of family, culture, commerce, and common humanity. This engagement includes the contributions of Cuban Americans, who have done so much for our country and who care deeply about their loved ones in Cuba.

Today, we offer condolences to Fidel Castro's family, and our thoughts and prayers are with the Cuban people. In the days ahead, they will recall the past and also look to the future. As they do, the Cuban people must know that they have a friend and partner in the United States of America.

In many ways, after 1959, the oppressed the world over joined Castro's cause of fighting for freedom & liberation-he changed the world. RIP pic.twitter.com/ReOLnMCxE7

"We need to stop and pause and mourn his loss,” Rep. Barbara Lee, D-Oakland, said in a phone interview.

When she learned the news, Lee said, “I was very sad for the Cuban people.

“He led a revolution in Cuba that led social improvements for his people.”

I'll leave you with this as a response to all of the absurd moral equivalency portrayed in the statements, lack of reality and absence of historical record above.

When I die, I want to die peacefully in my sleep, like Fidel Castro, not screaming in terror, like his victims.

WATCH: " Fidel Castro... was a tyrant. He was a killer. He was a liar." - @TomLlamasABC, whose parents fled Cuba. https://t.co/ukoRAvyomD