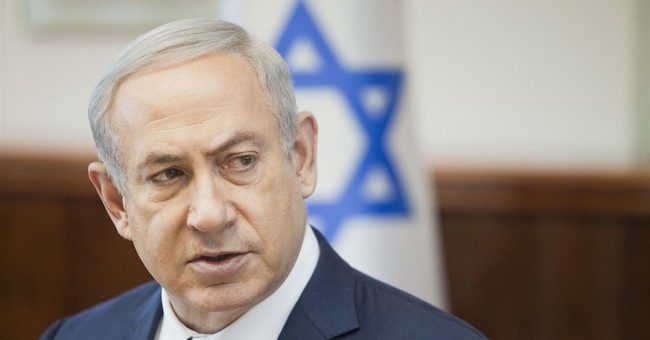 Israeli Prime Minister Benjamin Netanyahu was scheduled to meet with President Obama later this month while in Washington D.C. for the annual AIPAC conference. The trip has been cancelled and the White House is crying foul. More from AP:

Israel on Tuesday refuted a White House claim that Prime Minister Benjamin Netanyahu "surprised" the Obama administration by cancelling a planned visit to Washington, saying that the White House knew Netanyahu was considering not coming.

Netanyahu had been expected to visit later in March on a trip coinciding with a major pro-Israel group's annual summit, but his office said he would not travel because he did not wish to come at the height of U.S. presidential primaries.

The Media Line has more details about the White House response to the cancellation.

Sources in the Israeli prime minister’s office initially claimed that no appropriate time slot for a meeting was found ahead of the annual meeting of the American-Israel Political Action Committee (AIPAC,) that Netanyahu was scheduled to address.

But an angry Ned Price, spokesman of the National Security Council, retorted that Netanyahu was offered a meeting with Obama on March 18. “We were looking forward to hosting the bilateral meeting, and we were surprised to first learn via media reports that the Prime Minister, rather than accept our invitation, opted to cancel his visit,” he said. “Reports that we were not able to accommodate the Prime Minister’s schedule are false.”

The Prime Minister’s office then let it be known that Ron Dermer, Israel’s ambassador to the United States, informed the White House last week that “there is a good chance the prime minister would not be coming to DC.”

The meeting between the two leaders would have been the first since the Iranian nuclear deal was announced in July of last year. Shortly before the deal was announced, Netanyahu gave a joint address to Congress slamming to new relationship between Iran and the western world and warned that the deal not only funds terrorism, but doesn't prevent the regime from building a nuclear weapon.