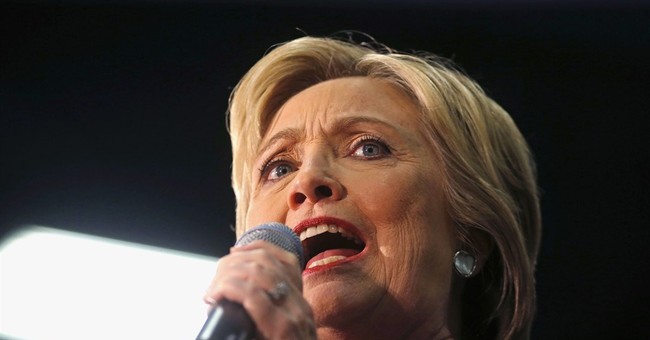 In case you missed it over the weekend, Democrat Hillary Clinton and socialist Bernie Sanders participated in one of the final presidential primary debates of the season in Flint, Michigan. Clinton, who has been endorsed by two of the largest teacher unions in the country, refused to acknowledge union rules protect bad teachers and therefore punish the children trapped inside their classrooms. Further, not only did she fail to acknowledge teacher union abuse, she demanded more taxpayer money to solve problems inside the education system.

In her demands for Americans to hand over even more tax money to a bloated, inefficient government education system, Clinton ignores the fact the United States spends more money per student than any other comparable country in the world.

Last year The American Spectator produced a significant list of reasons why teachers unions must change in order to make education better for students. These are just two reasons, you can read the rest here:

Number 1: Each election cycle, teachers unions spend millions of dollars — taxpayer dollars — protecting their interests. Teachers buy and sell politicians just like any other special-interest group does. The captive politicians then negotiate sweetheart deals for the unions — contracts giving teachers union members anything and everything, even unlimited free plastic surgery, including breast implants. Spurred by the unions’ hunger for more dues-paying members, the number of administrators and other non-teaching personnel continues to rise far out of proportion to student enrollment. Collective bargaining agreements are written like celebrity contracts, yet union leaders claim education funding is inadequate.

Number 2: Teacher tenure and job protection laws make it exceedingly difficult to remove an ineffective teacher or even one guilty of misconduct. A California court’s Vergara decision, currently under appeal, required specific changes in California law, including eliminating teacher tenure, seniority, and teacher-dismissal procedures that protect incompetent teachers and impede students’ education. A case similar to Vergara v. California is underway in New York. For now, however, taxpayers, parents, teachers, and students across the country watch in dismay as ineffective teachers collect paychecks and even sex offenders grab large sums of money on their way out of a district because job protection laws make it easier, less time-consuming, and less expensive to pay off teachers guilty of misconduct.

By roundly protecting and defending teacher unions, Clinton is participating in the entrapment of some of the the poorest, most vulnerable children in American society. The irony is, these are the same children and groups Clinton (and Democrats like her) claims to stand up for and represent.