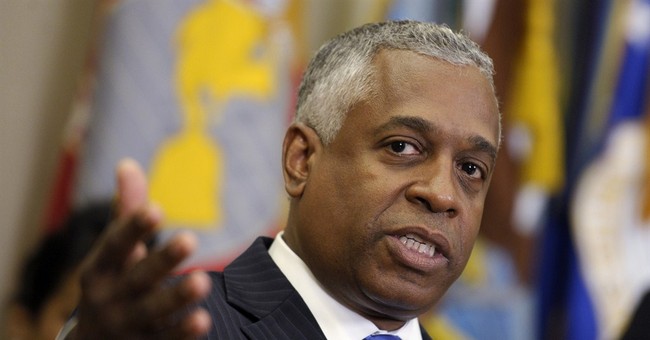 Earlier this week the Bureau of Alcohol, Tobacco and Firearms announced it would temporarily delay a ban on AR-15 M855 "green tip" ammunition.

"Although ATF endeavored to create a proposal that reflected a good faith interpretation of the law and balanced the interests of law enforcement, industry, and sportsmen, the vast majority of the comments received to date are critical of the framework, and include issues that deserve further study," an ATF press release stated. "Accordingly, ATF will not at this time seek to issue a final framework. After the close of the comment period, ATF will process the comments received, further evaluate the issues raised therein, and provide additional open and transparent process (for example, through additional proposals and opportunities for comment) before proceeding with any framework."

But according to testimony given by ATF Direct B. Todd Jones yesterday to the Senate Appropriations Committee yesterday, the Bureau is already looking at ways to ban the ammunition and went a step further by claiming "all" 5.56 ammunition poses a special a threat to law enforcement. From the Washington Examiner:

In a Senate Appropriations Committee hearing, ATF Director B. Todd Jones said all types of the 5.56 military-style ammo used by shooters pose a threat to police as more people buy the AR-15-style pistols.

"Any 5.56 round" is "a challenge for officer safety," he said. Jones asked lawmakers to help in a review of a 1986 bill written to protect police from so-called "cop killer" rounds that largely exempted rifle ammo like the 5.56 because it has been used by target shooters, not criminals.

His agency's move to ban the 5.56 M855 version was condemned by the National Rifle Association and majorities in the House and Senate and as a result was pulled back though not abandoned. At the hearing Jones said that nearly 90,000 comments on the proposal were received, many negative.

As a result, he said that the ATF will suspend rewriting the "framework" used to exempt armor piercing ammo from sale or use. "It probably isn't going to happen any time soon," he said. Jones also said, "We are not going to move forward."

Meanwhile, Democrats are pushing ATF to move forward with the ban, despite more the majority of the 80,000 comments submitted to the Bureau being opposed to the ban.

Congressional Democrats are pressuring the Obama administration to move ahead “swiftly” with a proposal that would ban a form of armor-piercing ammunition.

In a draft letter first obtained by The Hill, Democrats are urging the director of the Bureau of Alcohol, Tobacco, Firearms and Explosives (ATF) to use his “existing authority” to keep “dangerous ammunition out of our communities.”

“We hope that the Bureau will swiftly review comments on the proposed framework and issue a revised proposal that will address the danger posed by handguns that fire 5.56mm and other rifle ammunition,” Democrats write in the letter.

Last week more than 200 members of the House, including Republicans and Democrats, sent a letter to ATF opposing the ban on AR-15 M855 "green tip" ammunition. Fifty-two Senators did the same. The head of the Fraternal Order of Police has stated AR-15 "green tip" ammunition doesn't pose a special threat to law enforcement and there is zero evidence to show AR-15 pistols are being used against police.