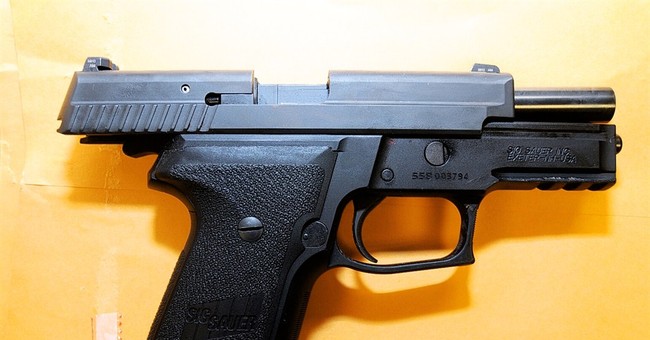 Las Vegas -  According to a new report released by the National Shooting Sports Foundation at the 2015 SHOT Show, self-defense still remains the number one reason why women purchase their first firearm. Home-defense comes in second.

The report, which comes from a study conducted in 2014, focused "on women ages 18 to 65 who owned at least one firearm." Over a third of the women involved in the study were new gun owners who have "purchased their first firearm within the last three years." Among this new group of gun owners, most are between the ages of 18 and 34.

-The most commonly owned firearm by women in the study is a semiautomatic pistol, with 56 percent of women reporting they owned at least one. Shotguns ranked second, with 50 percent of women owning at least one.
-Women say their purchases are mainly influenced by Fit, Quality and Practicality.
-Women purchasing a gun in the last 12 months spent on average $870 on firearms and more than $400 on accessories.
-The majority of women report they are not driven to buy a gun on impulse but rather considered their purchase for months before deciding.
-Nearly all women (95 percent) have tried target shooting, and more than half (58 percent) have hunted.
-More than 42 percent of women have a concealed carry permit for their state of residence.
-Nearly three-quarters (73 percent) of women reported having taken at least one training class.
-43 percent of women shoot once per month or more
-The shooting participation of females has gone from 5,350,000 in 2006 to 7,587,000 in 2013 and now make up 24 percent of the total shooting participation population

"The women's market is a force in our industry, and manufacturers, retailers and shooting ranges are making changes to their products and services to satisfy women's tastes and needs. This report will assist anyone interested in knowing more about women's enthusiasm for and attitudes toward firearms," NSSF Director of Industry Research and Analysis Jim Curcuruto released in a statement. "In the past decade, the number of women owning firearms and participating in target shooting and hunting has soared. This study helps us understand why women are choosing to purchase firearms and accessories and what shooting activities appeal to them most."

"All of the trending that we're talking about with women and guns is only going to continue," Smith & Wesson team captain and world shooting champion Julie Golob said during a press conference Wednesday.