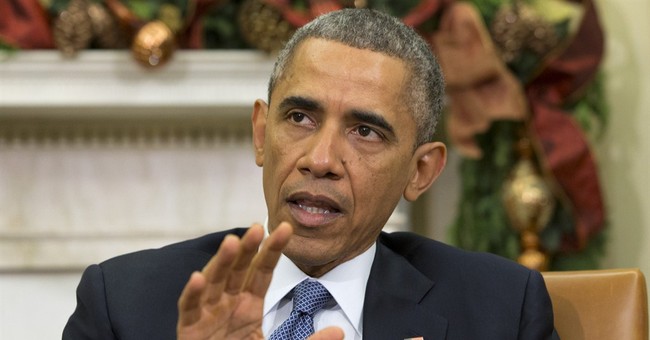 According to a brand new Fox News poll, a record 58 percent of Americans want to see Obamacare repealed. Further, Americans believe deception was used by Obama administration officials to pass the law in 2010.

The poll includes a hypothetical vote question that asks people to choose between only two options: keeping ObamaCare in place and repealing it. A 58-percent majority would vote to repeal the law, while 38 percent would keep it. That’s up from 53 percent a year ago -- and a record high number backing repeal (and a record low number in favor of leaving it in place).

Similarly, 60 percent wish President Obama had spent more time on the economy during his first years in office instead of reforming health care versus 37 percent who don’t feel that way. Those sentiments are unchanged since the question was first asked in July 2012.


The poll comes just after Obamacare architect Jonathan Gruber, who infamously called American voters "stupid," testified on Capitol Hill about the lack of transparency and deceptive, "tortured" language used in the legislation to hide taxes and redistribution of wealth. During his testimony in front of the House Oversight Committee Tuesday, Gruber was told by Massachusetts Democrat Stephen Lynch that a number of Democratic union members have been calling on him to vote for repeal of the healthcare legislation.

The new poll finds 56 percent of voters are at least somewhat bothered by Gruber’s comments.


These numbers also come just as the second open enrollment period for Obamacare comes to an end with less than satisfactory participation. Incoming Majority Leader Mitch McConnell has vowed to work on repealing the most unpopular parts of the legislation, including the medical device tax and the individual mandate.