Is Arming the Syrian Rebels to Fight ISIS a Good Idea? 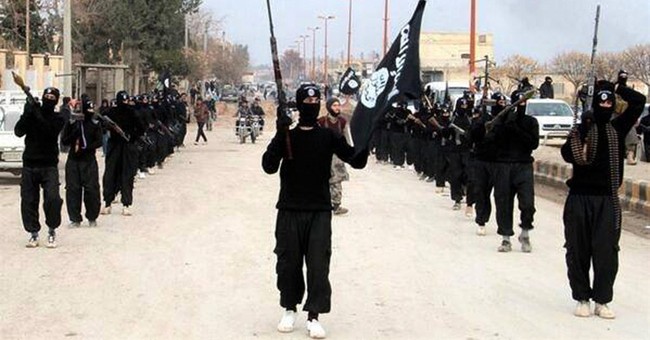 Last week the House and Senate voted to give President Obama the authority he needs to arm "moderate" Syrian rebels to fight ISIS as fears among Americans about the terror group striking at home continue to rise. Syrian rebels have openly admitted they won't necessarily use weapons provided by the United States to fight ISIS, but instead against President Bashir Assad. Is arming and training Syrian rebels a good idea? Will it be enough? How will vetting of rebels actually work to prevent arming terrorists? And who exactly are these people?

For some clarification of the issue, the Heritage Foundation's Steven Bucci joined Fox News' Lisa Daftari over the weekend to discuss the situation. Bucci argued that arming the rebels is the "weakest and riskiest" part of a three-piece strategy.

"We've had a heck of a time since the beginning of the Syrian civil war determining who the so-called moderates are in the very broad, very diverse field of resistance forces working against the Assad regime. The group that we're dealing with now, there's a lot of question marks as to whether they're as moderate as they say they are, some dealing they've done with ISIS, perhaps with Assad, there's a lot of questions and remember America has not proven itself to be really adept at sorting out the real motivations of some of these groups in this part of the world," Bucci said.

Meanwhile former head of the Marine Corps, General James Conway, is piling on with other top military leaders against Obama's ISIS strategy.