IRS Commissioner: I Can't Remember Who Told Me About Lerner's Crucial Email Crash 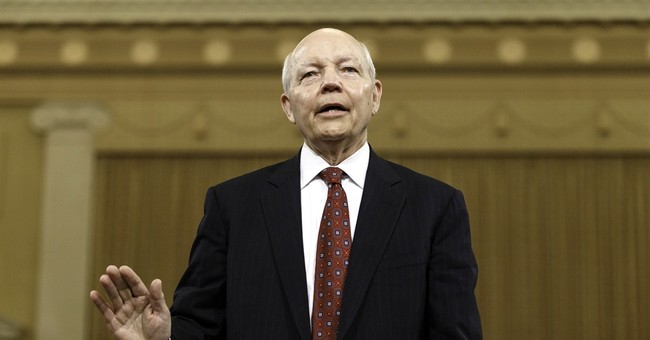 Testifying in front of the House Oversight Committee Monday night, IRS Commissioner John Koskinen was asked for details surrounding the alleged "computer crash" and "lost" emails belonging to former head of tax exempt organizations Lois Lerner and six other IRS officials. When asked who told him about the "crash" in April, Koskinen says he doesn't remember who in his agency told him about the crash because "it was the middle of filing season."

"I do not recall who told me, no," Koskinen said. "I don't remember when I was told or by whom."

Koskinen was asked by Republican Rep. Jim Jordan if he told the White House about the email crash considering President Obama said he was "outraged" over allegations conservative groups were targeted.

"I did not tell the White House," Koskinen said.

When asked if he told the Department of Justice about the email crash, considering Lerner is at the center of a criminal investigation, Koskinen said no.