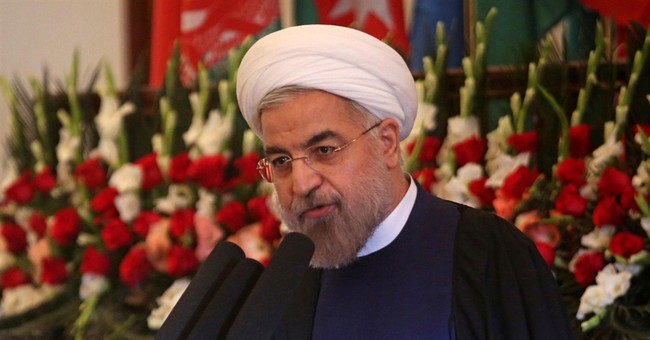 The Iranian government recently applied for U.S. visa on behalf of Hamid Aboutalebi, their newest ambassador to the United Nations. Aboutalebi is also one of the radical extremists who held 52 Americans hostage for 444 days after seizing the U.S. embassy in Tehran on November 4, 1979. More from International Business News:

He [Aboutalebi] was a member of the Muslim Students Following the Imam’s Line (referring to the Ayatollah Ruhollah Khomeini), the group that seized the U.S. Embassy on Nov. 4, 1979, and held American staff hostage until Ronald Reagan’s inauguration in 1981.

Relations between the Islamic Republic and the U.S. and its allies are just beginning to emerge from the deep freeze that has prevailed ever since. The State Department hasn’t responded to the visa application, an Iranian diplomat told Bloomberg.

The United States is now in a position where officials will have to make a decision about whether to approve or deny the visa application. Aboutalebi needs the visa approved in order to visit and conduct business at UN headquarters in New York City. The appointment comes as the relationship with Iran detereoraties and as Russia threatens to renegotiate Iranian sanctions on their nuclear program. Secretary of State John Kerry was in Geneva earlier this week trying to work out a deal, but based on reports talks did not go well.

Concerned Women for America, a group that focuses on national security and sovereignty, is urging the State Department to deny the visa.

"Iran's appointment of Hamid Aboutalebi to New York as a new U.N. ambassador is a slap in the face to the 52 American diplomats held hostage in Tehran in 1979. As a nation, we were traumatized and humiliated by the treatment of our citizens at the hands of violent extremists. While a member of the Muslim Students Following the Imam's Line, Hamid Aboutalebi abused 52 innocent Americans by taking away their freedom for more than a year. To give this enemy of our nation a visa would be an act of disloyalty and the ultimate example of spineless foreign policy," CEO of CWA Penny Nance said in a statement. "Not since Jimmy Carter has the United States' standing in the world been so devalued. Anyone old enough during the hostage crisis remembers how heartbreaking, humiliating, and maddening the hostage crisis was to our nation. The 52 American hostages and their families deserve our respect and protection from further pain. Now is the time for steadfast leadership on the part of the Obama Administration. This criminal should not be allowed to set one foot on our shore."

Hostages taken in 1979 are also urging that the visa be denied.

Former American hostage Barry Rosen, held by student extremists at the U.S. Embassy in Tehran for more than a year, said Monday it would be an “outrage” and “disgrace” if Washington gave a visa to one of the militants recently named by Iran as its new U.N. ambassador.

“It may be a precedent but if the president and the Congress don't condemn this act by the Islamic Republic, then our captivity and suffering for 444 days at the hands of Iran was for nothing,” Rosen said. “He can never set foot on American soil."

Trump: I’m ashamed that I endorsed Brian Kemp
Hotair
Biden Injures Himself While Playing With His Dog, Tongues Are Wagging
Redstate