How Much You've Paid to Promote Obamacare: Way More Than President Obama Promised 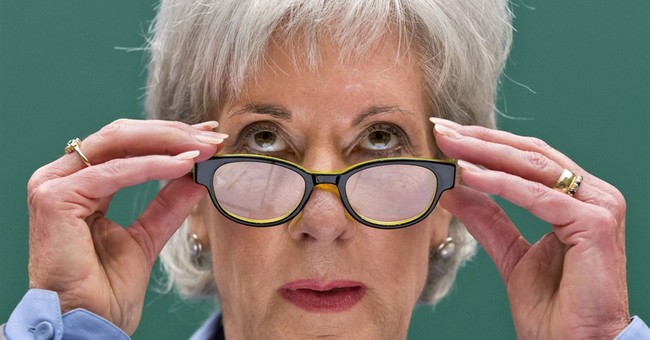 As Democrats around the country continue to tout their "fix it, don't end it" mentality about how to deal with the ongoing disaster of Obamacare, they seem to be forgetting who's paying for the promotion of President Obama's signature achievement: taxpayers. So far, the Obama administration has wracked up a tremendous bill in promotional and advertising costs for Obamacare. The results? A paltry number of Obamacare signups as the March 31 deadline for enrollment quickly approaches. Let's take a look at the numbers:

-Overall cost of The Affordable Care Act Legislation (Obamacare): $2.6 trillion and counting. From the Weekly Standard:

"President Obama promised a joint session of Congress in 2009 to spend $900 billion over ten years on his health care law: 'Now, add it all up, and the plan that I’m proposing will cost around $900 billion over 10 years.' Adding up all the different spending provisions in the health care law, however, (including closing the Medicare 'donut hole,' implementation costs, and other spending) total gross spending over the FY 2010–19 period is about $1.4 trillion, based on CBO estimates," the Senate Budget Committee Republican staff explains. "And most of the major spending provisions in the law do not even take effect until 2014. Congressional Democrats delayed these provisions in order to show only six years of spending under the plan in the original 10-year budget window (from FY2010-19) used by CBO at the time the law was enacted. Therefore, the original estimate concealed the fact that most of the law’s spending only doesn’t even begin until four years into the 10-year window. A Senate Budget Committee analysis (based on CBO estimates and growth rates) finds that that total spending under the law will amount to at least $2.6 trillion over a true 10-year period (from FY2014–23)—not $900 billion, as President Obama originally promised."

The total amount to be spent nationally on publicity, marketing and advertising will be at least $684 million, according to data compiled The Associated Press from federal and state sources.

AP research from all 50 states shows the amount of government spending will range from a low of 46 cents per capita in Wisconsin, which has ceded responsibility for its health insurance exchange to the federal government, to $9.23 per capita in West Virginia, which opted for a state-federal partnership.

About $4.8 million in public money will be spent trying to sign up New Jersey’s 1.3 million uninsured, for example, compared to the nearly $28 million spent reaching out to Washington state’s much smaller 960,000.

Texas has the highest percentage of uninsured people in the nation, three times more than Illinois. But only a fourth as much public money will be spent on getting people enrolled in Texas.

-Taxpayer money spent on advertising for Obamacare since January: $52 million

The Obama administration confirmed to Forbes the Centers for Medicare & Medicaid Services budget for paid media is $52 million from the beginning of January of this year through the end of this month. The same $52 million figure was also reported last week in the New York Times.

-Number of people "enrolled" in Obamacare: four million, three million of whom already had health insurance before Obamacare went into effect and cancelled their previous plans and health coverage

As if trillions of dollars for a bill that so far only has only "four million" enrollees wasn't enough, lets not forget when Health and Human Services Secretary Kathleen Sebelius shamelessly asked private healthcare companies last summer, the same companies she regulates, for "donations" to keep Obamacare afloat.

Health and Human Services Secretary Kathleen Sebelius has gone, hat in hand, to health industry officials, asking them to make large financial donations to help with the effort to implement President Obama’s landmark health-care law, two people familiar with the outreach said. Her unusual fundraising push comes after Congress repeatedly rejected the Obama administration’s requests for additional funds to set up the Affordable Care Act, leaving HHS to implement the president’s signature legislative accomplishment on what officials have described as a shoestring budget.

President Obama promised Obamacare wouldn't add to the deficit or to the National Debt and promised it would only cost $900 billion.

For those who say Obamacare will simply collapse on its own, it won't. Big government programs don't disappear, they simply become worthless, inefficient black holes for taxpayer money, further proving full repeal of the law is the only way to get the healthcare system back on track in addition to restoring the health of wallets belonging to American taxpayers.