Obama on Failure of Adegbile Nomination: This is a Travesty 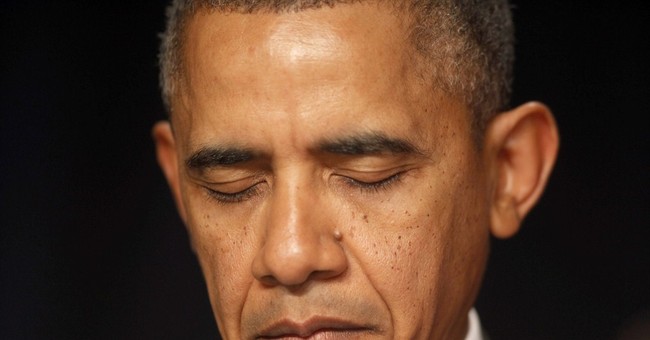 President Obama has released a statement in response to the Senate blocking the nomination of cop killer advocate Debo Adegbile to head the Civil Rights Division of the Department of Justice. From the White House:

The Senate’s failure to confirm Debo Adegbile to lead the Civil Rights Division at the Department of Justice is a travesty based on wildly unfair character attacks against a good and qualified public servant. Mr. Adegbile’s qualifications are impeccable. He represents the best of the legal profession, with wide-ranging experience, and the deep respect of those with whom he has worked. His unwavering dedication to protecting every American’s civil and Constitutional rights under the law – including voting rights – could not be more important right now. And Mr. Adegbile’s personal story – rising from adversity to become someone who President Bush’s Solicitor General referred to as one of the nation’s most capable litigators – is a story that proves what America has been and can be for people who work hard and play by the rules. As a lawyer, Mr. Adgebile has played by the rules. And now, Washington politics have used the rules against him. The fact that his nomination was defeated solely based on his legal representation of a defendant runs contrary to a fundamental principle of our system of justice – and those who voted against his nomination denied the American people an outstanding public servant.

Is the advocacy for an unrepentant cop killer part of Adegbile's "impeccable" qualifications?